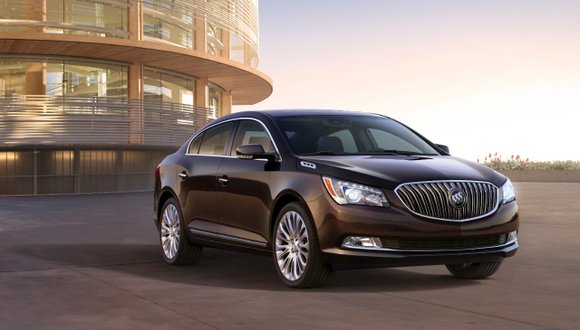 The internet is amazing – granted – but when we set out to research the Buick LaCrosse in film or TV, we didn’t anticipate finding a populated find-your-car-in-media database. Or did we?

Internet Movie Cars Database is the go-to site if you’re curious about which movies or TV shows feature your vehicle.

The Buick LaCrosse, which entered the market in 2004, is featured 95 times in media, according to the IMCD collection.

The LaCrosse’s highest star ranking is for the 2012 movie “Flight,” starring Denzel Washington. IMCD rated it with four stars, meaning the car is used a lot by a main character or for a long time in the movie.

The Buick Lacrosse also appeared in an episode of “Desperate Housewives.” You know, that show about wildly imaginative scenarios illustrating the competitive, oftentimes overwhelming lifestyles of four upper middle class women and their families.

“I think this is the car that Gabriel Solis [that’s Eva Longoria’s character] models for in the Fairview Mall (Season 1), in the episode where Tom and Lynette Scavo are buying a water heater in the mall,” IMCD commenter tsmith14 typed.

“Yes, it is that one,” IMCD commenter antp responded.

The 2010 Buick Lacrosse was featured on the CBS political drama “The Good Wife,” also receiving a four star ranking for that appearance.

Both “Desperate Housewives” and “The Good Wife” are available to stream on Netflix. See if you can spot the LaCrosse.

The Good Wife on Netflix