Post-Obama: The Future of the Black Body Politic After the Age of Obama 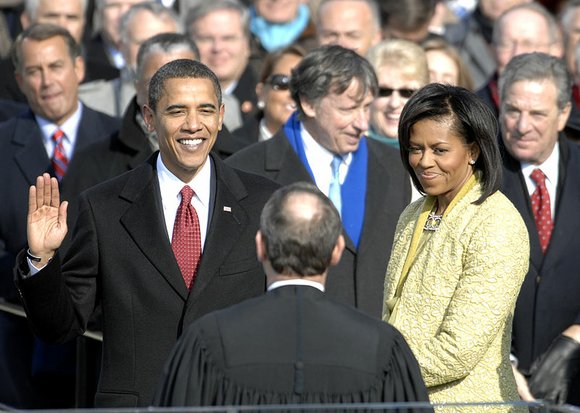 When then Senator Barack Obama turned into President Barack Obama after his historic 2008 election it had all the pageantry, zeal and aura of a religious revelation for many. It was something a long time coming -- a win after a war that has been on-going for decades, centuries. But for all the pomp and excitement, it was short-lived. Once the party was over, on came the political hangover.

People who thought American had overcome a legacy of racial animus and entered some “post-racial” America learned they’d simply entered a new phase. Partisan political posturing and obfuscation turned into irreversible gridlock and an eventual government shutdown. Seeing a black family living at the most famous address in the United States prompted racist outliers to create visions of the White House front lawn with rows of watermelons.

New paradigms ran into old prejudices. But the progress of African Americans has always been met with some form of regression as those most resistant to changed attempted to force blacks back into their status quo position of silent servitude.

For the most part, that effort – in the long-term – has been unsuccessful.

Barrier-breaking started early with hundreds of black men being freely elected to local and state offices in the South during Reconstruction. Unfortunately, their legislative rule was marred with racist rumors of power run amuck and gross money-mismanagement. These lies were used as justification to deny African Americans their natural-born right to vote in the form of punitive Jim Crow laws and voting loopholes. Terrorists, in the form of the Ku Klux Klan and other white supremacists, drove these individuals from their office through a campaign of violence and unconstitutionality that was so detrimental it would be nearly a century before any African Americans would return to those offices, freely elected once again.

We are no longer in a place where the election of a black man or woman could cause a negative reaction so bad that it results in no black person being elected to office for another near 100 years. And while it’s unlikely that 2016 will bring us another black president, the legacy of President Obama’s historic 2008 election and 2012 election cannot be undone. We have progressed. Today’s acts of regression are in the familiar forms of restrictive voting laws and racist dog-whistle name-calling.

From Deval Patrick to Cory Booker to Kamala Harris, well-known, respected black political figures are regular Sunday talk show guests, points of conversation and part of “business as usual” in our political landscape. We’ve gone from the majority of our politicians coming from the realms of activism and the pulpit to Ivy Leaguers and scholars. They are not simply men and women fighting to subvert a system, they have become part of it. And in many ways, that’s the next and final stage.

As blacks representing higher and more numerous offices becomes normal and as restrictive voting laws are defeated, the debate will be more about the relationship between these political leaders – in positions where they must represent all Americans and not just Black Americans – and the African American base who elects them. With issues like social justice, education, unemployment and our punitive drug laws, there is still a need for activists and individuals fighting for black interests, but if a politician has to be part of the system, not an outsider attacking it, what we expect of our politicians versus our social activists may separate completely. Both the fighter and lawmaker are needed, but our days of expecting a black politician to be both are over.