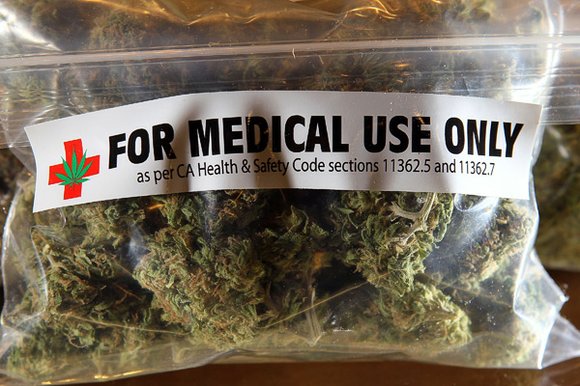 Medical marijuana dispensaries, should the state license one to be located in Plainfield, will be restricted to industrial and B3 zoning under rules approved by the Plainfield Village Board.

Plainfield trustees approved rules Monday that would govern the placement of medical marijuana businesses in the village.

Though licensing will be governed by a state panel, the village board has approved an ordinance under which medical marijuana dispensary or cultivation centers can set up shop.

The new state law authorizing marijuana clinics to dispense cannabis for medicinal purposes went into effect on Jan. 1, allowing 22 regulated marijuana cultivation centers -- one in each of Illinois’ state police districts -- and up to 60 dispensaries. Will County will be allowed to have three dispensaries; Kendall can have one.

Patients suffering from chronic illnesses, including multiple sclerosis, cancer and AIDS, can seek a prescription from their physician for medical marijuana to ease their symptoms.

Village Planner Michael Garrigan said he has had discussions with several entrepreneurs interested in opening a dispensary business in Plainfield.

Because dispensaries are not allowed within 1,000 feet of a residential area under state law, location choices in the village are those zoned for light industrial use.

The new village regulations give trustees the ability to approve a special use permit for any business with a license to sell medical pot in areas zoned I-1 or I-2. Trustees also approved the addition of language that would allow medical cannabis in B3-zoned locations, despite the lack of support from the village’s Plan Commission.

“We have one group that is potentially interested in opening a dispensary in the B3 corridor,” Garrigan said. Applicants for licensing must submit their paperwork to the state by July.

Trustee Dan Rippy said he was was in favor of adding B3-zoned locations because of the potential for better security. Two are former bank buildings.

“Because it’s a very secure building, (they) would be ideal for this use,” Rippy said.

Trustee Garrett Peck voiced concern over marijuana still being listed as a schedule 1 controlled substance by the federal government and the potential for renewed enforcement after the next presidential election.

“Philosophically, I’m OK with this. Legally, I think we have a problem,” said Peck, who cast the lone vote against the measure.

Village attorney Jim Harvey said that the village’s role in the administration of the new state statute is very narrow and amounted to little more than land use decisions in regards to the placement of a dispensary or cultivation center.

“The state’s going to determine the winners and losers,” said Harvey of the license approval process.

Trustee Jim Racich spoke in favor of the measure, saying the drug has benefits for people suffering from an array of medical conditions. Concern over security of the dispensaries or cultivation centers is unfounded given the number of the pharmacies in the village that have failed to attract the attention of criminals.

“No one has robbed a drug store,” he said.