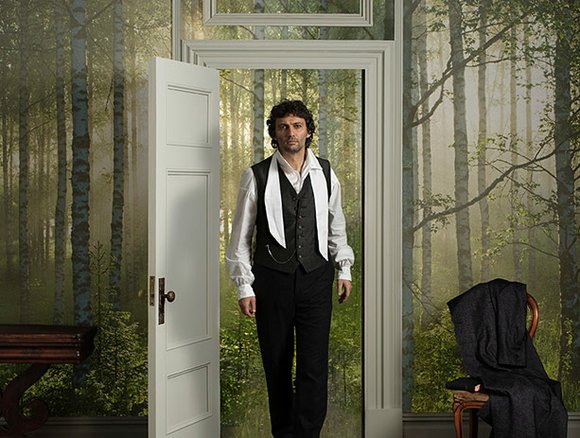 NEW YORK--German tenor Jonas Kaufmann is one of the most in-demand performers on the operatic stage. Met Live HD audiences around the world will have an opportunity to see him in action in Jules Massenet's Werther, transmitted live from the stage of the Metropolitan Opera House Saturday, March15 at 12:55pm. U.S. Encore showings are scheduled in theaters Wednesday, March 19 at 6:30pm ET and Canadian Encores are scheduled Saturday, May 24 at 6:30pm ET and Monday, May 26 at 6:30pm ET. The remaining performances at the Metropolitan Opera House in New York are Tuesday, March 11 at 7:30pm and the Saturday, March 15 matinee at 1pm.

Adapted from Geothe's novel "The Sorrows of Young Werther," the opera tells the story of the young, self-absorbed sometime poet Werther. A member of the nobility living in 1780s Germany, Werther falls head of heels in love with the oldest daughter of the widowed Bailiff, Charlotte, sung beautifully by French mezzo-soprano Sophie Koch. There's one slight problem; she is promised to someone else, the military officer Albert, sung majestically by Serbian bass David Bizic, in his Metropolitan Opera debut.

The action takes place at the Bailiff's huge estate on the outskirts of Frankfurt, captured in a style that almost looks like a French Impressionist painting by Set and Costume Designer Rob Howell in this new production by Richard Eyre. French conductor Alain Altinoglu captures the rich harmonic textures of Massenet's lush score, eliciting shimmering passages from the Met orchestra in the pit. Imaginative video imagery designed by Wendall K. Harrington further evokes the era of the late 19th century, the time in which this opera had its world premiere. On the night I visited the Met, there was plenty of French and German being spoken by loyal fans of both Goethe and Massenet who turned out to see this lovingly crafted production. "Werther" honors both with a brilliantly staged effort.