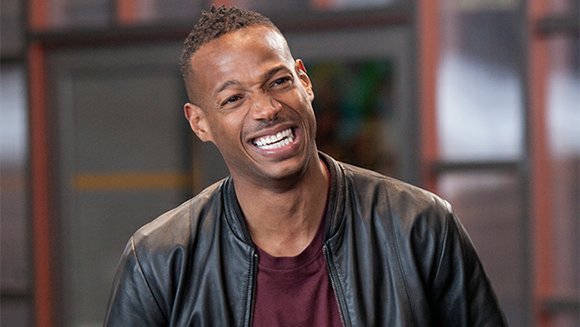 Following the advice of his brother, Keenen, to not sit around and wait for Hollywood, Marlon Wayans has firmly established his own identity as an actor, writer, producer, director and stand-up comedian. He’s taken the advice to heart.

“I’m always creating my own point of view,” said the actor recently by telephone.

Known for his role as ‘Marcus Copeland’ in the 2004 hit comedy White Chicks, which co-starred his brother Shawn, Marlon has a history of collaborating on projects. He and Shawn starred as siblings in the television series The Wayans Bros., which ran from 1995-1999 on the former WB network. In 2000 and 2001, Marlon not only starred in and wrote but also produced the first two films of the Scary Movie franchise with Shawn as his co-star and Keenen as director. Their on-screen collaboration began in 1996 when they wrote and starred in Don’t Be a Menace to South Central While Drinking Your Juice in the Hood, a parody of black coming-of-age films like Boyz n the Hood, Menace II Society and Higher Learning.

Earlier this year, Wayans produced and starred in the parody sequel A Haunted House 2 and created and starred in the comedy competition Funniest Wins, which had an eight-episode run this past summer on TBS. The show came about as he was looking at the landscape and thought “How do I create the perfect star?” said Wayans.

“Some shows showcase just stand-up,” he said. “I wanted to work on the skill set that would diversify comedians. I was looking at the YouTube and Vine generation and I thought it would be interesting to put the old school and new school generations together.”

During the show’s run, Marlon and his brothers Keenen, Damon and Shawn were on a national comedy tour together for the first time.

“It was the most awesome experience ever,” Marlon said. “I love touring with them and laughed a lot. We argued from time to time but always made up. To watch the audience have such a good time with us was awesome.”

Ever on the quest to create his own projects, Marlon recently launched his first online venture, whatthefunny.com with Randy Adams co-founder of the comedy website, FunnyOrDie.com. The site serves up comedy programming with an urban sensibility with established and emerging comedians, writers and actors.

The father of two said his son and daughter seem to be following in the family business.

“My son does impressions of people that are spot-on and my daughter is a brilliant writer,” Marlon said. “She studies Nickelodeon, watches old episodes and is a student of comedy.”

Next up for the multi-talented performer is more touring, building his social media, Instagram and online presence.

“I’m on them every day,” said the avid social media fan. “I never want to be broke again. I have a lot of projects and want to meet them all.”

Courtesy of The Bay State Banner