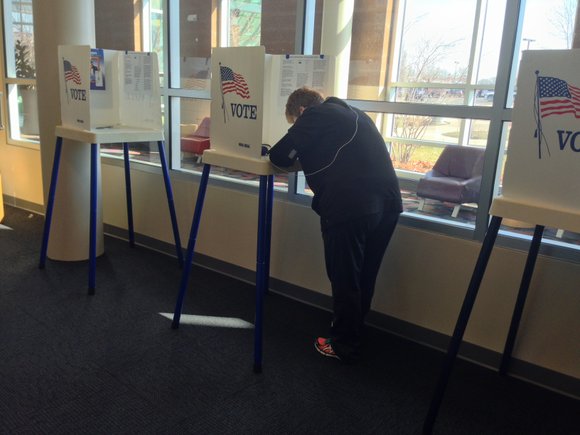 Next Tuesday’s election for mayor of Joliet will be a competitive race to the finish.

Four years ago, there were nine candidates vying for the top elected position in Joliet. A total of 15,156 votes were cast for mayor, which represented less than 19 percent of registered voters. The underwhelming vote totals were about the same percentage in the 2007 mayoral election. Similar turnout is being predicted for 2015.

Joliet needs solutions for the many issues, big and small, over the next four years. Voters have received campaign mailings over the last several weeks. They tend to be identity pieces. Most campaign literature is strong on promises but weak on how the promises will be delivered.

The Times Weekly has presented three informative forums asking questions and requiring they be answered. The three candidates for mayor represent clear differences on how they plan to govern.

Incumbent Mayor Tom Giarrante believes Joliet is doing just fine under his leadership. Development has happened but not as quickly as mayoral candidate and current District 2 Councilman Bob O’Dekirk believes is necessary if Joliet is going to meet its financial objectives. He proposes a five-year Capital development plan. Andy Mihelich has 101 ideas for a new Joliet.

One of the many questions asked at last Saturday’s mayoral forum is how all of the promises being made will be paid for. Just a few of the projects that will cost Joliet include the purchase of Evergreen Terrace, the downtown development plan, revenue enhancements to Will County for the building of a new courthouse and the maintenance of Silver Cross Field. The new transportation center is likely to have several million dollars in cost overruns that will leave the necessary renovation costs of the old Union Station without the required revenue needed to do the job.

The answer to the question of where the money is coming from was unanimously answered by all three candidates: NO TAX INCREASES.

Since the last two city budgets have had to use reserve funds to balance the books, residents can expect a tightening of the expenses. Personnel costs make up 70 percent to 75 percent of the budget. According to page 29 of the city of Joliet's 2015 budget, total revenues in the general fund are approximately $164 million. Total expenses exceed $172 million.

Do the math. Clearly what’s been done in the past will not work for the future.

Early voting ends April 4. In Joliet, you can vote at the Will County Clerk’s Office or the Joliet Park District. You can cast an in-person absentee ballot until April 6 at the clerk’s office. That leaves April 7 to vote at your designated polling place. Voting is not only your right but your responsibility.

A couple of years ago I wrote a column regarding the absence of illumination for Joliet’s eight flag pavilions.

They were constructed in several locations in and on the edges of Joliet. They are pleasantly landscaped and project a positive image of pride for Illinois’ fourth largest city. They were constructed during the years when Joliet was flush with riverboat gaming money at a cost of several hundred thousands of dollars. Unfortunately, illumination of the flags was not a part of the pavilion plan.

The U.S. Flag Code requires the American flag be illuminated if it is flown 24/7. Frankly, the lack of lighting is embarrassing. We are quick to fly the flag and show patriotic displays on national holidays but we can’t light flags flown on a daily basis?

As the moderator, I asked each mayoral candidate to commit to lighting the flag pavilions or having the flags removed until lighting is provided. The cost to do this project was estimated by city planners to be $45,000. As a gesture of goodwill and civic pride, the project could be completed with volunteer union labor with the city paying for any equipment cost.

The flag pavilions are a visual face of Joliet. It should be a priority when the election is over. Stay tuned.