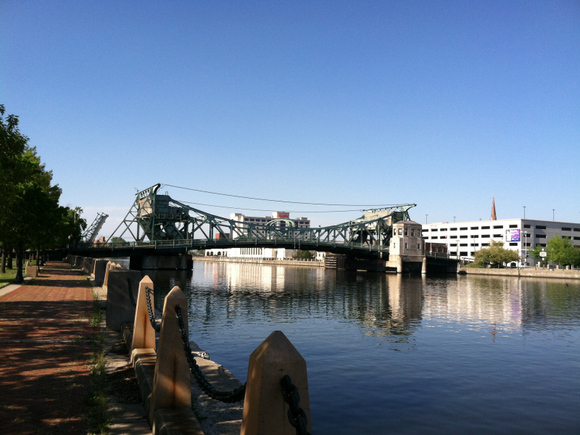 The closure of the Jefferson Street Bridge has been postponed until July 10, with painting work on the span into downtown Joliet expected to take three months. Photo by Karen Sorensen

The three-month closing of the Jefferson Street Bridge into downtown Joliet starts Friday.

A detour route will be in place to direct traffic around the closed span is in place, and will remain until the painting work being done by the Illinois Department of Transportation is completed in mid-October.

Traffic will be detoured down Raynor Avenue to McDonough Street, east on McDonough over the river to Chicago Street, and north on Chicago to Jefferson Street.

There will also be a detour posted on eastbound Plainfield Road in which traffic will be directed east on Theodore Street to Broadway Street, Broadway south to Ruby Street, east on Ruby over the river, then south on Chicago Street to Jackson Street, and south on Ottawa Street to Jefferson Street.

Drivers are advised to exercise caution and seek alternate routes when traveling in the area.