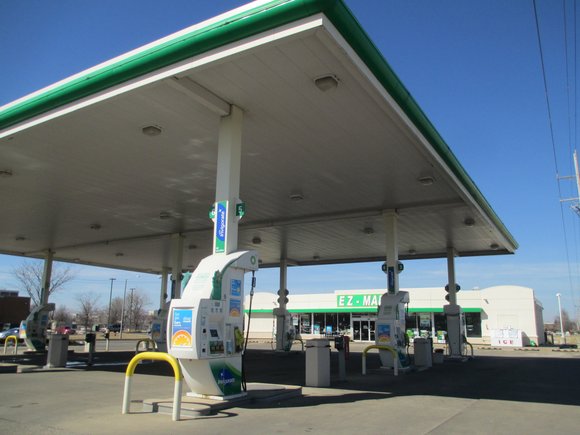 The station at 1987 W. Jefferson St. has been having financial problems since 2013, when it was announced it would be sold in an auction. Photo by Karen Sorensen 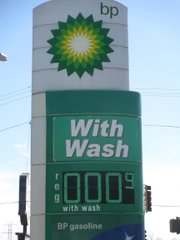 Gas is selling for 0.00 a gallon at the shuttered BP station at 1987 W. Jefferson St., when a handwritten "closed" sign hangs in the window.

A sign taped to the front door of the BP station at Jefferson Street and Hammes Road reads "closed."

The sign at the BP station at Jefferson and Hammes announces that gas is going for $0.00 a gallon, and technically that's correct.

If a service station is closed, you will be paying nothing for a gallon of petrol.

By all indications Thursday, the 1887 W. Jefferson St. business is, indeed, kaput. Out-of-service bags cover all of the pumps and a hand-written sign reading "closed" hangs in the window.

However, a new owner is reportedly scheduled to reopen next week so the situation should be temporary.

The long-troubled station, which opened in 2005, was forced to close its food mart for a while in early 2013, and it was announced later that year that it would be sold on the auction block.