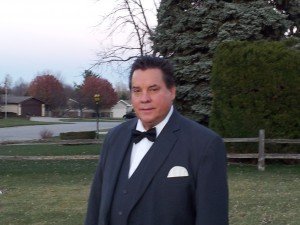 Will County Board member Steve Balich

Steve Balich has yet to see a tax increase he likes, and he’s betting most people in Homer Township agree with him.

But residents typically don’t get a say in whether their taxes go up because they don’t know there’s been an increase until the bill arrives in the mail, said Balich, a Will County Board member from Orland Park who represents District 7. That’s because taxing bodies aren’t required to get voter permission to raise taxes unless the proposed hike is 5 percent or more and few people pay attention government budgets when they’re being approved, he said.

Being the lone dissenting voice on the county board doesn’t carry much weight when it comes to fighting tax increases, Balich said, but a referendum on the March 2016 ballot could send a signal that the public is tired of shouldering the burden when government officials should be working to lower taxes.

Balich, a Republican, is organizing volunteers to gather the registered voter signatures needed to put the question to a vote. A minimum of 2,000 is required, he said, but he’s shooting for at least 5,000 in order to hedge his bet.

If he succeeds, Homer Township voters will be asked if they support a mandate that no governing body in the township be allowed to raise taxes by even a cent without first getting resident approval via an election referendum.

The question is non-binding – it could only go into effect if the referendum were held state-wide – but if voters approve it, Balich said he believes it could make elected officials less inclined to automatically approve small tax increases that become an annual tradition.

“Everyone asks you when you’re running for office, ‘Are you going to raise taxes?’” Balich said. “And (candidates) always say they won’t unless there’s absolutely, 100 percent no way to avoid it.”

But the reality is many factors can make taxes go up –property values, tax levies and the tax rate all play a role, he said. And government boards often justify an increase by saying they’re just getting the amount they have coming from the levy or the increase they’re seeking is only 1 percent or 2 percent, he said.

That may mean a small increase for that particular taxing body, but it adds up for the taxpayer when each government does the same thing, Balich said.

To draw attention to his referendum campaign – and to help offset the out-of-pocket costs he’s incurring for paper, printing, signs and other expenses – Balich is holding an “Over Taxed and Feeling out of Cash” fundraising rally from 6 to 10 p.m. July 3 at Konow’s Farm at 16849 S. Cedar Road in Homer Glen. Tickets cost $15 and the event will feature “June’s Got the Cash Show Band,” a Johnny Cash and June Carter Cash tribute band.

Balich said he suspects the issue’s going to hit a nerve with taxpayers, regardless of whether they’re Republicans or Democrats.

“It’s a really important thing,” he said. “When you talk to elected people, everybody says you shouldn’t raise taxes. But then they do, and they say, ‘It’s only just their board that needs it.’ That’s got to stop.”