Wayne's Words: Take the time to be thankful this Thanksgiving 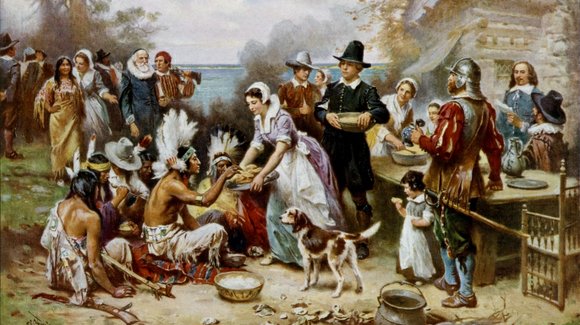 Thanksgiving is upon us and the start of another holiday season begins. There will be gatherings and celebrations enjoyed with family and food. Most will block out the tribulations faced in our day-to-day lives.

It’s also a time to reminisce about past Thanksgivings and the meaning of the holiday. Here are a few random thoughts to exchange around the Thanksgiving table and during the holiday weekend.

Of the 248 million turkeys produced in the U.S. this year, 40 million were raised in Minnesota for top spot on the turkey producer list. About 45 million will be consumed as the main course on Thursday.

The focus of most traditional Thanksgiving feasts almost supplanted the eagle as the nation’s symbol. There are only four places in the country named after the main course: Turkey Creek Village, La., Turkey City, Tex., Turkey Creek, Az. and Turkey Town, N.C. There are six municipalities named after the eagle. Domestic turkeys can’t fly very far but given the chance they can trot up to 25 mph.

The first Thanksgiving was a feast held by the founders of the Plymouth Colony in 1621. Although George Washington was the first president to proclaim the holiday, it was Abraham Lincoln who designated the last Thursday of November to be Thanksgiving in the U.S.

In 1939, President Franklin Roosevelt changed the day of celebration to the fourth Thursday of November to increase the number of shopping days until Christmas. He again changed it in 1940 and 1941 to the third Thursday for the same reason. The idea didn’t catch on and it reverted to the fourth Thursday in 1942. It’s been that way since. Technically the earliest fourth Thursday date Thanksgiving can occur is the 22nd.

The tradition of football games on the day started in 1876 when Yale and Princeton started their annual matchup on turkey day. The NFL began the tradition of playing on the holiday in 1934 when the Detroit Lions played the Chicago Bears. The Bears won 19-16 and went on to a 13-0 season. They lost the NFL championship that year to the New York Giants. The Lions, since 1934, and the Dallas Cowboys, since 1966, are the teams that traditionally play every Thanksgiving Day.

If football isn’t your holiday tradition, then maybe it’s shopping. Most brand name stores are open on Thanksgiving Day as well as “Black Friday.” This year an increasing number of brand name stores are forgoing the recent tradition of “shop 'til you drop” so employees can enjoy the holiday with family and friends. How anti-capitalistic in our free market society.

This time of year is about family and friends and peace on earth for all people. The peace part isn’t working out so well, if indeed it ever has. Regardless, take time with family and friends outside the usual hubbub and enjoy the season. Happy Thanksgiving and stay tuned…