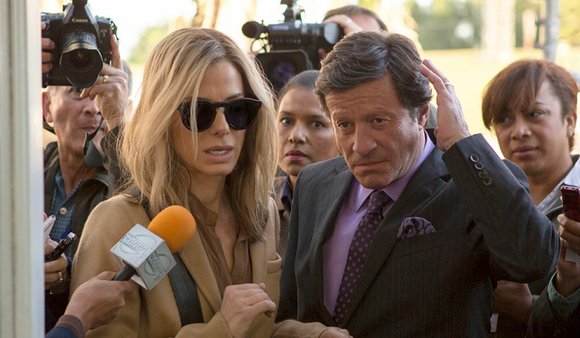 Our Brand Is Crisis (R for profanity and sexual references) Dirty tricks dramedy inspired by the documentary of the same name about an American political consultant (Sandra Bullock) coaxed out of retirement in 2002 to run the reelection campaign of the President of Bolivia (Joaquim de Almeida). With Billy Bob Thornton, Anthony Mackie, Louis Arcella and Scoot McNairy. (In English and Spanish with subtitles)

Scouts Guide to the Zombie Apocalypse (R for violence, gore, sexuality, graphic nudity and pervasive profanity) Horror comedy revolving around a trio of BFF boy scouts (Tye Sheridan, Logan Miller and Joey Morgan) who join forces to save their hometown during an invasion by a horde of zombies. Cast includes David Koechner, Cloris Leachman and Patrick Schwarzenegger.

The Armor of Light (PG-13 for mature themes and brief profanity) Pro-life documentary about an anti-abortion Evangelical minister who comes to question the wisdom of his pro-gun stance in the face of the proliferation of Stand Your Ground laws. Featuring commentary by Lucy McBath, the mother of an unarmed black teen shot to death at a gas station for refusing to turn down the volume on his car radio.

Bare (Unrated) Out-of-the-closet drama, set in Nevada, about a young woman (Dianna Agron) who leaves her boyfriend (Chris Zylka) for a drifter (Paz de la Huerta), drugs and a new line of work as a stripper. With Louisa Krause, Mary Price Moore and Travis Hammer.

Love (Unrated) Romance drama revolving around an American film student (Karl Glusman), living in Paris with an unstable girlfriend (Aomi Muyock), who comes to regret inviting their attractive neighbor (Klara Kristin) to share a menage a trois. With Ugo Fox, Juan Saavedra and Aaron Pages. (In English and French with subtitles)

Marshland (Unrated) Crime thriller, set in Spain in 1980, revolving around a couple of big city detectives (Javier Gutierrez and Raul Arevalo) sent from Madrid to a tiny town in the country to catch the serial killer responsible for a string of grisly murders of young women. Cast includes Maria Varod, Perico Cervantes and Jesus Ortiz. (In Spanish with subtitles)

The Wonders (Unrated) Coming-of-age dramedy, set in Tuscany, about a troubled teenager (Luis Huilca) whose arrival disrupts the idyllic home life of the beekeepers who take him in just as a camera crew arrives to film them for a reality TV-show. With Monica Bellucci, Alba Rohrwacher, Maria Alexandra Lungu and Sam Louwyck. (In Italian, French and German with subtitles)