Dear EarthTalk: Do scientists think there is a big environmental component to the huge rise in peanut allergies in recent years? 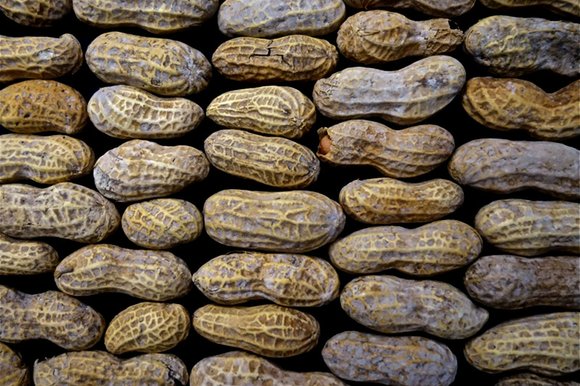 Peanut allergies among children in the United States has more than tripled, from 0.4 percent in 1997 to 1.4 percent in 2010, according to a study by food allergists at Mount Sinai Hospital in New York City. Of the eight foods that cause 90 percent of food allergies (milk, soy, eggs, wheat, peanuts, tree nuts, fish and shellfish), peanuts are the deadliest. They result in an estimated 15,000 emergency room visits (half of the 30,000 due to food allergies) in the U.S.

Heather Fraser, author of The Peanut Allergy Epidemic: What’s Causing It and How to Stop It, says that despite the continuing intense attention given to the growing epidemic of peanut allergies in children, an answer to its cause(s) has not been found. Fraser adds that it is difficult to accept the startling increase in peanut allergies in just the last 20 years as a coincidence or to chalk it up to a genetic fluke.

Robyn O’Brien, author of The Unhealthy Truth: How Our Food is Making Us Sick and What We Can Do About It, states that the sudden surge in American peanut allergies may be attributed to the fact that peanuts are grown in the same soil as Roundup Ready, or glyphosate tolerant, cotton. Unlike almonds, walnuts and cashews, peanuts do not grow on trees—they re actually a legume with a soft shell that grows in the ground. “Put anything in that soil and you can imagine how it gets absorbed into the peanut,” O’Brien wrote on her website, adding: “Put genetically engineered seeds in that soil and you get soil that is saturated with a controversial chemical, glyphosate,” a chemical that the U.S. Environmental Protection Agency (EPA) has linked to gradually increasing, cellular-damaging inflammation.

But according to Fraser, the consumption of genetically modified foods does not correlate with the epidemiological facts of the peanut allergy epidemic: during a specific window of time between the late 1980s and early 1990s peanut allergy began to increase suddenly, just in children, in specific countries (the US, UK, Canada, AU) – and again, at the same time. Upon further investigation, Fraser discovered that there was a precedent to the child specific epidemic.

“Over 100 years ago the words allergy and anaphylaxis were coined to describe strange symptoms in children that were provoked by the first ever use of the needle paired with vaccines,” says Fraser. “The current allergy epidemic among children was provoked by a sudden change in the vaccination schedule together with a sudden increase in coverage rates (the number of children being vaccinated at an early age).”

With the direct cause(s) of the peanut allergy epidemic still open-ended, many pregnant women have taken to avoiding peanuts altogether to prevent their unborn child from developing the allergy. But a recent study found that children whose non-allergic mothers had the highest consumption of peanuts or tree nuts, or both, during pregnancy had the lowest risk of developing a nut allergy. The risk was most reduced among the children of mothers who ate nuts five or more times a month.

“Some studies actually showed that avoiding peanuts during pregnancy increased the risk of a child developing peanut sensitization,” said Dr. Ruchi Gupta, an associate professor of pediatrics at Northwestern University. Dr. Gupta emphasized that further research is needed to determine “why more and more children are developing food allergy and how we can prevent it.”

EarthTalk® is produced by Roddy Scheer and Doug Moss and is a registered trademark of Earth Action Network, a 501(c)3 non-profit. For more information, or to make a donation, check out www.earthtalk.org. Send questions to: question@earthtalk.org.