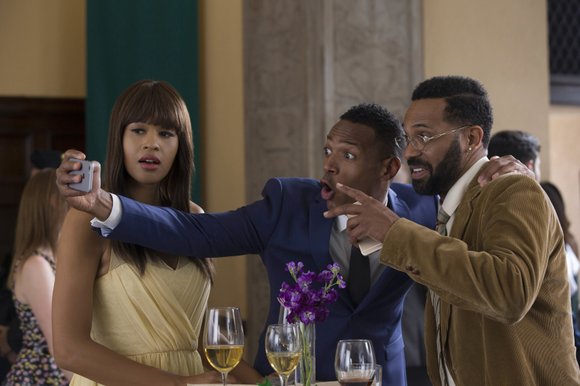 The Finest Hours (PG-13 for intense peril) Seafaring tale of survival, set off the coast of Cape Cod in 1952, recounting the real-life ordeal of the crew of an oil tanker taking on water during one of the worst nor'easters ever to hit New England. Ensemble includes Chris Pine, Casey Affleck, Ben Foster and Eric Bana.

Everybody's Fine (Unrated) Bittersweet character study, set in Beijing, revolving around a recently-widowed retiree (Guoli Zhang) who is agonizing over his four children's (He Chen, Chen Yao, Shawn Duo and Ye Qianyun) failure to return home for the family's annual summer reunion. (In Mandarin with subtitles)

Jane Got a Gun (R for violence and some profanity) Natalie Portman portrays the title character in this Western, set on ranch in New Mexico, about a woman who enlists the help of an ex (Joel Edgerton) in defending her family from the gang of outlaws that just ambushed her bullet-riddled husband (Noah Emmerich). With Ewan McGregor, Rodrigo Santoro and Boyd Holbrook.

Requiem for the American Dream (Unrated) Cautionary documentary featuring firebrand Noam Chomsky in which the MIT Professor bemoans the demise of the middle-class while reminding the masses that they're the only hope of restoring a functioning democracy.