Why We Celebrate Juneteenth 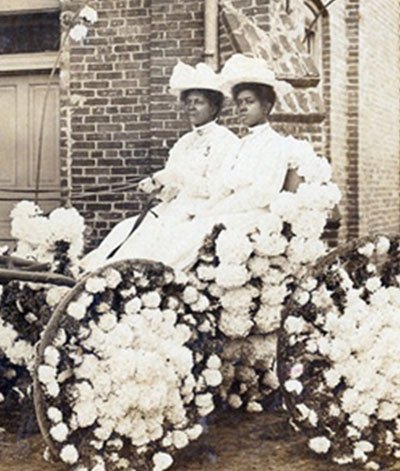 The 19th of June is known as Juneteenth, an African-American holiday begun at the end of slavery days. Its origins are Texan, not Louisianan, but Juneteenth has long had strong roots in the South and has since spread all over the country as a time for African-Americans to commemorate their freedom and accomplishments. Today, it's a holiday filled with parades, good food, and references to struggles of the past and present.

But why did this day, with an unusual name and specifically Texan roots, become the preeminent celebration of emancipation? President Lincoln announced the Emancipation Proclamation, which granted freedom to slaves in Confederate states, on New Year’s Day in 1863. Word didn’t reach the African-American slaves of Galveston, Texas, until June 19, 1865, when a force of two thousand Union soldiers arrived and informed them of their freedom. Although news indeed did travel slowly in those days, two and a half years is a long time; historians suspect Texas slaveholders knew of the proclamation and chose not to free their slaves until they were forced to.

The African-Americans of Galveston began an annual observance of Juneteenth, which over the years spread to other areas and grew in popularity. Early Juneteenth celebrations were picnics at churches and in rural areas with barbecues, horseback riding, fishing, and more. The early 20th century saw a weakening of the holiday’s observance due to African-American migration to urban centers, the national celebration of Independence Day just a few weeks later, and the preference of white historians to emphasize the Emancipation Proclamation over Juneteenth as a date to mark the end of slavery. Although some activists objected that holiday’s associations with slavery were too backward-looking, Juneteenth’s visibility rose again during the Civil Rights Era of the 1950s and 60s, and its resurgence continues all over the country.

Juneteenth retained its prominence in the Southern region over time. And as other Emancipation Day celebrations faded, Juneteenth endured. In 1968, Dr. Martin Luther King Jr.'s Poor People's Campaign held a Juneteenth Solidarity Day, connecting the civil rights struggle with the holiday. At the same time, parties like the Juneteenth Blues Spectacular showed up in popular culture, recasting the holiday as an opportunity to celebrate more contemporary black culture. That mix of social concern and celebration kept Juneteenth in the public eye (and things like Ralph Ellison's posthumously published 1999 novel Juneteenth probably didn't hurt).

In 1980, the Texas legislature made Juneteenth an official state holiday. From there, the holiday grew to be celebrated around the country — and today, one of the largest Juneteenth parades is held in Milwaukee.

A local Juneteenth Community Festival will be held Saturday June 18th at The Performing Arts Center at 375 W Briarcliff in Bolingbrook, Illinois.