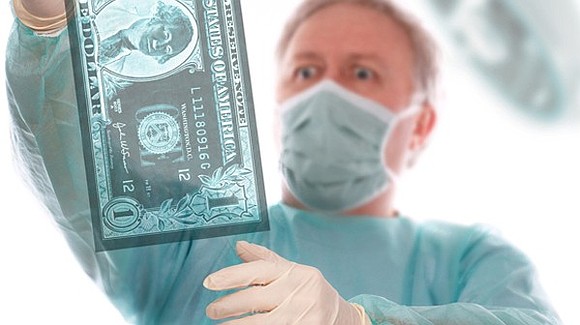 Unfortunately, most people weren't able to spend that extra cash on something fun, like a family vacation or new vehicle. Health insurance price hikes ate up millions

Insurers are raising rates, deductibles, and copays even more this coming year. The rising costs could prevent patients from following their doctors' treatment plans.

Such non-adherence threatens their health -- and the nation's budget. To protect patients and stem the rising tide of chronic disease, we need to make insurance more affordable for everyday people.

Chronic diseases, which range from asthma and hypertension to diabetes and cancer, pervade American society. Today, 190 million Americans live with at least one such illness. And the situation is getting worse. By 2030, 80 percent of the U.S. population will have a chronic disease.

To manage such conditions, patients need health coverage that provides them with quality care.

Yet insurance plans are increasingly unaffordable. Over 40 percent of people report that their premiums increased last year, according to joint poll released by Morning

Insurers are also increasing deductibles and other cost-sharing requirements. Over half of workers with individual employer-sponsored health plans now face a deductible of at least $1,000. Across the nation, deductibles have gone up 63 percent since 2011, according to a new Kaiser Family Foundation study. Roughly four in 10 people say their deductibles and copayments rose in the past year.

Many patients can't afford these higher costs. About 30 percent of Americans couldn't fill a prescription or obtain a needed procedure last year because of high

deductibles, copays, and co-insurance. In 2014, 16 million chronic disease patients avoided seeking care for their conditions because of the cost.

Failing to adhere to a doctor's orders can prove fatal. If heart attack patients fill some, but not all of their prescriptions, their chance of dying within the year

increases by 44 percent. If they don't fill any of their prescriptions, that likelihood spikes to 80 percent.

Non-adherence is financially dangerous too. Consider diabetes patients, who face over $1,900 in deductibles and copays each year, on average. If they can't afford

these insurance payments and skip some treatments, they're likely to sustain kidney damage. Forty percent of diabetics with kidney damage ultimately endure kidney

failure. To survive, those patients must rely on dialysis -- which can cost up to $72,000 per year.

In other words, because we as a nation can't figure out a way to help chronic disease patients afford a few thousand dollars in insurance payments, people are getting sicker and racking up hundreds of thousands of dollars in healthcare

Improving medication adherence for diabetes patients alone could prevent $4 billion in Medicare spending per year, according to consultancy IMS Health.

Kenneth E. Thorpe is professor of health policy at Emory University and chairman of the Partnership to Fight Chronic Disease.