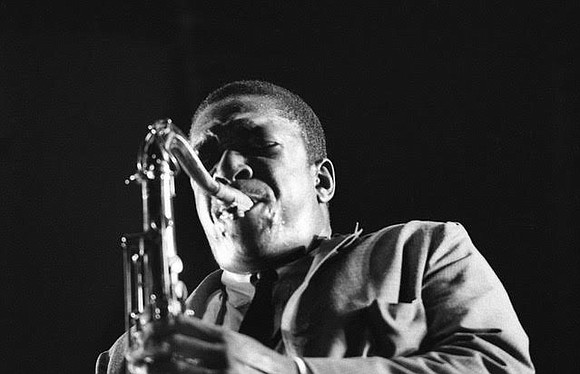 “My music is the spiritual expression of what I am…I want to be the force that is truly for good.” It was a while before the legendary jazz musician and saxophonist John Coltrane got to a place where he could articulate his mantra that clearly.

The legacy Coltrane left behind is a bit more cryptic than that of Miles Davis or Charlie Parker. More of his devotees are hard-core jazz aficionados than casual music listeners. Chiefly because his last bodies of work and musical style, “Free Jazz,” were so cacophonous, fast paced and not that easy on a regular set of ears that might interpret his art form as screeching noises. Though, hard-core jazz fans knew his genius and appreciated the sounds he made in his later years. To understand how Coltrane got to that musically intense space, you have to see Coltrane and his music evolve, and that’s where this enlightening non-fiction film is very helpful.

Writer/director John Scheinfeld is most known for his investigative documentary “The U.S. vs. John Lennon.” He has experience digging out the facts and creating a body of work that exhibits his findings. Scheinfeld assembles a very impressive roster of family, friends and fellow musicians whose recollections pull together the chapters of Coltrane’s bio.

Coltrane’s stepdaughter Antonia Andrews recalls a night when her dad walked all the way home from a gig so he wouldn’t spend money on carfare. He wanted to buy her a pair of shoes and every penny counted. This was a sign of his love and caring that she never forgot. She also recalls the night he left her mom and her. Both moments bring tears to her eyes.

Jimmy Heath, a good friend and fellow saxophonist, remembers the night Dizzie Gillespie caught John and him in a basement doing heroin. Both got kicked out of the band, but John begged for his job back, and got it.

Yasuhiro “Fuji” Fujioka is the #1 collector of Coltrane memorabilia in the world. His love and obsession for the musician started in high school when he heard Coltrane on the radio. It was a revelation. He went on a lifelong quest to collect every record he could find and other mementos. His love for the man grew more when Coltrane toured in Japan and showed a deep compassion for the country, its people and the suffering they endured during and after the atomic bombing of Nagasaki. Fuji spent a lifetime, as he says, “Chasing Trane.”

With all the interviews—from Coltrane’s children, intellectuals like Cornel West, musicians like Sonny Rollins and Carlos Santana and dignitaries like former President Bill Clinton—you almost don’t notice that there are no live interviews with Coltrane himself; just photos and glimpses of him playing with his band. That’s because he only did print interviews, and those precious words are voiced on screen by Denzel Washington. In a strong, illuminating manner, Washington’s voice and deliberate cadence take you within Coltrane’s soul and thought process.

Scheinfeld uses cutouts, collages and montages to liven up the screen. The reminiscing by the interviewees is provocative and vivid. Photographs from the ‘30s, ‘40s, ‘50s and ‘60s make you feel like you are leafing through someone’s family album. What’s on view looks like a fine PBS documentary or educational film. It misses the mark as a major theatrical jazz documentary like “I Called Him Morgan.” But, within its own specific genre, this film is illuminating.