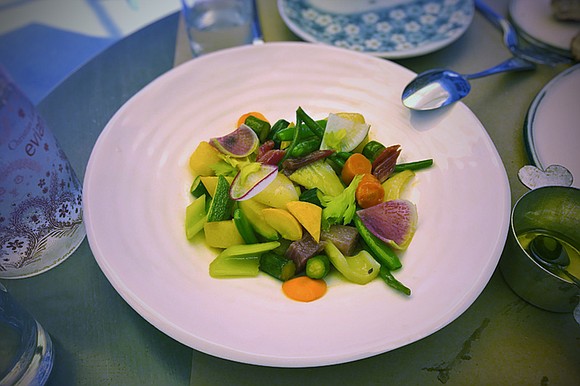 These days, many countries around the world produce food guidelines periodically to help improve nutrition and encourage healthy lifestyles among their populaces. The most recent update for Americans came in 2013 when the Obama administration released its MyPlate guidelines suggesting that a healthy diet consists of 30 percent grains, 40 percent vegetables, 10 percent fruits and 20 percent protein, the latter including some dairy. In unveiling the MyPlate guidelines, First Lady Michelle Obama suggested that Americans need not measure out exact proportions but instead simply make sure to exercise portion control and fill half their plates with fruits and vegetables and the other half with lean proteins, whole grains, and low-fat dairy.

But earlier this year Canada came out with its own new set of more detailed food guidelines which public health advocates are praising as an improvement over America’s relatively simplistic standards. Indeed, Canada’s new Food Guide incorporates specific recommendations for eating the right foods according to an individual’s age and gender, and also offers tips regarding serving size for each food and preferred cooking methods, as well as suggestions for maintaining a wholesome lifestyle and body weight with daily physical activity.

Based on input from some 20,000 Canadians, Canada’s new Food Guide encourages the intake of plant-based proteins like legumes and soy products rather than meats and dairy (although still advises to give whole milk, low-fat yogurt and cheese to young children). "There’s no more dairy food group, a win not only for public health but also cultural inclusivity, given that up to 90 percent of some non-European ethnicities are lactose intolerant,” says Anna Pippus, an animal rights lawyer and director of Farmed Animal Advocacy at the non-profit Animal Justice. “It’s also a huge win for the cows who really don’t want us to kill their babies so we can steal their milk.” Pippus adds that instead the new guidelines “sensibly advise people to drink water.”

Canada’s new Food Guide also recommends avoiding fruit juices—even those that are 100 percent fruit—as well as other sweetened beverages and energy drinks, instead suggesting water as by far the best way to stay hydrated. The Canadian guidelines also promotes making food from scratch whenever possible, while acknowledging that frozen, packaged and canned foods can be worthy substitutes if necessary. And in a nod to the interconnectedness of our food systems, Canada’s new guide highlights how the choices we make about what we eat impacts the environment and has serious consequences regarding keeping the planet safe and clean.

While Canada may be far ahead of many countries in promoting healthier lifestyles and smarter food choices, we can all learn a thing or two from our neighbors to the north about how making small changes in our diets can lead to healthier, longer lives. The release of Canada’s new guide also underscores the need for the U.S. to update its own food guidelines accordingly. But regardless of whether or not the Trump administration feels compelled to issue its own dietary updates, concerned Americans can take matters into their own hands by upping the proportion of organic and locally sourced foods on their dinner plates and tempering a balanced diet with moderate amounts of daily exercise.