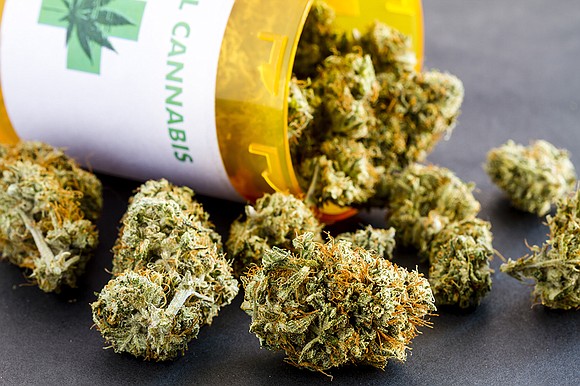 The availability of medical marijuana in Illinois is in jeopardy depending upon how the President Donald Trump administration approaches the enforcement of marijuana and banking laws, Illinois State Treasurer Michael Frerichs said.

Current federal law prohibits banks from processing money used in the legal marijuana industry, even state-licensed medical marijuana in Illinois. This makes it difficult for businesses to secure loans and restricts customers to cash-only transactions.

The legal marijuana industry has operated with limited confidence it will not face criminal prosecution after President Barack Obama’s Justice Department stated it would not prioritize the enforcement of federal marijuana laws knowing that many states have legalized some marijuana use.

Monday, Frerichs sent President Trump a letter encouraging his administration’s assurance that responsible financial institutions will not face penalties or prosecution for conducting business with state-licensed marijuana cultivators and dispensaries. This clear guidance would provide the confidence needed to support the fledgling industry and protect medical marijuana users.

“Medical marijuana is not right for everyone. However, its positive results for those with debilitating conditions, including Veterans and children threatened by seizures, are undeniable,” Frerichs said. “Updating our banking laws to embrace commonsense change will allow Illinois to properly manage this reasonable program, guarantee uninterrupted access to medical users, and protect financial institutions that serve the industry.”

This guidance is particularly important when considering that President Trump’s nominee for attorney general is Jeff Sessions, the U.S. Senator from Alabama. As attorney general, Sessions would have the authority to change President Obama’s directive and instead prioritize marijuana-related inquiries. Previously, Sessions called marijuana “dangerous” and has criticized President Obama for not being tough enough on marijuana.

Today, most refuse to provide banking services to those in the medical marijuana industry while smaller community banks do so with great trepidation. The lack of full engagement hobbles the industry despite the availability of marijuana in 27 states. Further, the cash-reliant business practice makes it difficult to properly audit sales, confirm that the appropriate tax amount is remitted to state coffers, and invites criminal activity at retail locations.

Few Illinois residents realize that Illinois’ Medical Cannabis Pilot Program is in a testing stage and authorization sunsets in 2020. The Trump administration’s approach to banking services plays a critical role in the future availability of medical marijuana in Illinois and will be a strong consideration when lawmakers decide to expand or kill the pilot program.

Medical marijuana taxes and fees are remitted to Frerichs’ office for investment. Consumer sales are taxed at the 1 percent pharmaceutical rate. Additionally, there is a 7 percent privilege tax imposed on cultivation centers and dispensaries. Ordinary payroll and income taxes also are paid.