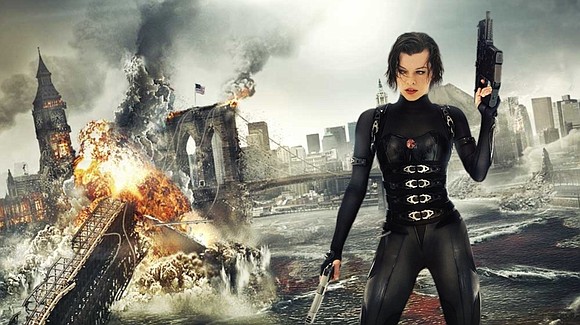 A Dog's Purpose (PG for peril and mature themes) Three-time Oscar-nominee Lasse Hallstrom directed this adaptation of W. Bruce Cameron's fantasy novel of the same name about an anthropomorphic, reincarnating pooch (Josh Gad) that uncovers the meaning of life with the help of a series of owners. With Dennis Quaid, Peggy Lipton and Britt Robertson.

Gold (R for sexuality, nudity and pervasive profanity) Unlikely-buddies drama about a down on his luck businessman (Matthew McConaughey) who joins forces with a geologist (Edgar Ramirez) to search for gold bullion in the jungles of Borneo. With Bryce Dallas Howard, Stacy Keach and Bruce Greenwood.

Behemoth (Unrated) Eco-documentary illustrating the devastating toll exacted by mining on China's population and landscape. (In Mandarin with subtitles)

Get the Girl (R for pervasive profanity, graphic violence, drug use and brief nudity and sexuality) Action comedy about a wealthy guy (Justin Dobies) who attempts to impress the object of his affection (Elizabeth Whitson) by coming to her rescue during a fake kidnapping, only to have the stunt go horribly wrong. Support cast includes Daniel Quinn, Adi Shankar, Noah Segan and Scout Taylor-Compton.

I Am Michael (Unrated) James Franco plays the title character in this biopic about Michael Glatze, a gay activist who claimed to be cured of homosexuality after turning to Christianity. With Emma Roberts, Daryl Hannah and Zachary Quinto.

Kung-Fu Yoga (Unrated) Jackie Chan stars in this action comedy as an archaeology professor who embarks with a young protege (Amyra Dastur) on a globe-trotting adventure in search of a lost Indian treasure. With Disha Patani, Aarif Rahman and Sonu Sood.

Massacre on Aisle 12 (Unrated) Horror comedy about a hardware store clerk (Michael Buonomo) whose first day on the job is ruined by the discovery of a dead body and a duffel bag stuffed with cash. Cast includes Chad Ridgely, Jim Klock and Doug Burch.

The Salesman (PG-13 for mature themes and a brief bloody image) Crime thriller, set in Tehran, about an Iranian couple (Taraneh Alidoosti and Shahab Hosseini), appearing in a local production of Death of a Salesman, whose relationship is tested when the wife is raped right after they move into a new apartment. With Babak Karimi, Mina Sadati and Emad Emami. (In Persian with subtitles)

Un Padre No Tan Padre (PG-13 for profanity, drug use and partial nudity) Dysfunctional family comedy about a cranky 85 year-old (Hector Bonilla) forced to move into his long-estranged son's (Benny Ibarra) hippie commune after getting kicked out of his retirement home. Support cast includes Zamia Fandino, Camila Selser and Eduardo Tanus. (In Spanish with subtitles)