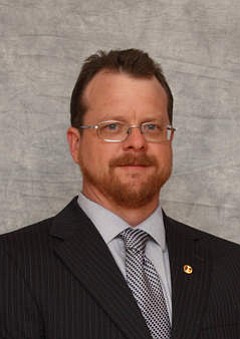 State Rep. Larry Walsh, Jr., Joliet, is fighting to end wage discrimination by passing a package of measures requiring employers to pay the same wage to workers who have the same experience and do the same job.

“I believe that a person should be paid an equal wage for equal work,” Walsh said. “Unfortunately, women are still paid less than men and, showing that we have a duty to take further steps to end wage discrimination.”

Walsh passed House Bill 2462, which prohibits employers from paying different salaries to employees who do the same job and have the same experience. His measure also makes it illegal for an employer to require potential employees to reveal their past wage or salary during the job application process. The goal of his legislation is to address the fact that women and minorities have historically been paid less. Massachusetts and the City of Philadelphia recently enacted similar legislation.

Walsh also helped pass House Bill 3539, which requires businesses to demonstrate they employ fair pay practices in order to receive state contracts. His measure authorizes the Department of Employment Security to issue equal pay certificates to certify compliance with state and federal equal pay laws. State contractors would be required to have this certificate.

“Closing the pay gap would provide many single-parent families with additional income to help save for retirement, invest in their children’s education, and reinvest in the community by shopping at local businesses,” Walsh said. “These measures will create a fairer way for women to receive equal pay for their work.”