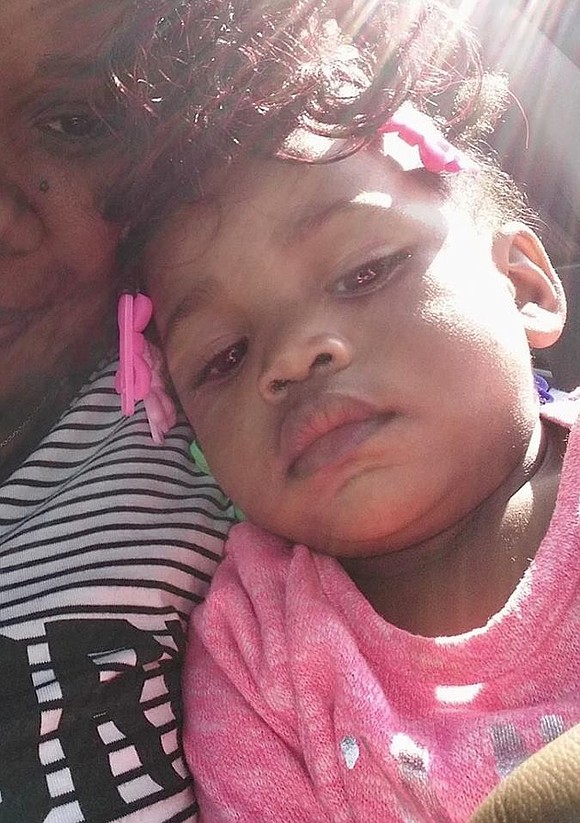 Will County Sheriffs responded to a report of a fire early in the morning on May 6 at 309 Louis Rd. in Joliet Township.

The house is the home where 16-month old Semaj Crosby was found dead on April 26 following a search conducted in coordination with the sheriff’s office, emergency responders and the FBI.

By the time that the East Joliet Fire Department and New Lenox Fire Departments responded to the scene, the house was fully engulfed in flames according to a press release from Will County Sheriff’s office.

“Due to the extent of the fire, the East Joliet Fire Department advised they would allow the house to burn out while maintaining control,” the statement read.

At the time sheriffs reported that the cause of the fire was unknown and that “the East Joliet Fire Department advised that they would not be calling out an arson investigator.”

The decision not to call for an arson investigation was rescinded about an hour later on May 6 in a statement that noted that after consulting with the Will County States Attorney's Office “it has been decided that an arson investigator from the State Fire Marshall's Office will conduct an investigation to attempt to determine the cause and origin of the fire.”

The home had previously been found “unfit for habitation by the Will County Land Use Department and the owner was attempting to make all the necessary repairs,” read the statement.

The Will County Sheriff’s office has released a statement to diffuse rumors surrounding the death of Joliet Township toddler Semaj Crosby. The 18-month old girl was found dead in her Louis Street home around midnight Thursday morning after a day and half search following a report that she had wandered off.

“In order to dispel some of the inaccurate information that has been reported, the Sheriff's Office would like to share and clarify some facts,” read the statement posted to the law enforcement agency’s Face Book page.

“Sheriff's detectives did in fact locate Semaj Crosby lying underneath the couch, located in the living room of the residence. No damage to the couch to indicate that the body was placed in or through the couch was discovered.”

An autopsy conducted by the Will County Coroner’s office didn’t indicate a conclusive cause of death. A statement from the coroner indicated that further studies including toxicology screening would be conducted to provide a definitive cause of death.

The sheriff’s statement curtailed any speculation regarding the cause of death noting “that there were no visible signs of blunt force trauma or physical injury to the body.”

The statement further reiterated that the sheriff’s office considers the death “suspicious” and “are interviewing cooperating witnesses and some family members” with no one in custody or considered a suspect.

“However, no one individual has been ruled out as a suspect. Every angle of this tragic incident is being actively examined,” the statement reads.

Will County Sheriffs are waiting for the results of an autopsy to determine the cause of death of 18-month old Semaj Crosby who was found dead in her home in Joliet Township early Thursday morning.

Deputy Chief Richard Ackerson said that his office was investigating the case as a “suspicious death” during a Thursday morning press conference in downtown Joliet.

“The investigation has shifted,” said Ackerson from a missing person case.

“We’re going to try to find out why this ended in such a tragic way,” he said.

Police, the FBI and other volunteers spent much of the night Tuesday and most of Wednesday searching for the missing toddler. The search included the use of bloodhounds, infrared equipped helicopters and a dive team.

Ackerson said that officers who responded to the call around 6 p.m. Tuesday did an initial search of the home but reliable witnesses reported seeing the child outside. Ackerson confirmed that the home was visited by someone from the Department of Children and Family Services around 4 on Tuesday afternoon.

On Wednesday morning, he said officers wanted to start over with another search of the family’s home at 309 Louis Rd. but were denied consent from the mother on the advice of her lawyer. Ackerson said that his office wasn’t able to show probable cause to get a search warrant because all indications at the time were that the child had wandered off.

The mother’s attorney late Tuesday convinced her to give consent to search the home which Ackerson said was in “a very deplorable condition.” Ackerson said that anywhere from 5-15 people were living in the home some of whom were described as squatters.

So far, no person of interest has been named and there is no suspect in custody.

Ackerson said that an autopsy report would be available later on Thursday.

The body of a 1-year old girl who was reported missing on Tuesday was found early Thursday morning following a search of her home in Joliet Township.

Will County Sheriffs deputies began a search of the home at 309 Louis Rd. around 11 p.m. after getting consent from the family of the missing girl.

“At approximately 12:00AM the deceased body of Semaj Crosby was located inside the residence,” reads the statement.

The county coroner’s office pronounced Semaj Crosby dead and will conduct an autopsy for Thursday to determine the cause of death.

The investigation is still ongoing and a press conference is scheduled for late Thursday morning.

The Will County Sheriff’s office continued its search on Wednesday for a 1-year old girl who was reported missing late Tuesday.

According to a statement, Semaj ML Crosby had been wearing a grey long-sleeve shirt emblazoned with a cat face, dark blue jeans, and no shoes when she was last seen. Her hair was done in ponytails with white beads.

Semaj was last seen in the area of Luana and Richards Street in the Preston Heights neighborhood in Joliet Township.

Anyone with information about her whereabouts are asked to contact the Will County Sheriff's Office at 815-727-8575 or 911.

Sheriffs are requesting residents to avoid the search area unless they live in the neighborhood to allow first responders to continue their search.