Wines of Greece Kissed by the Summer Sun 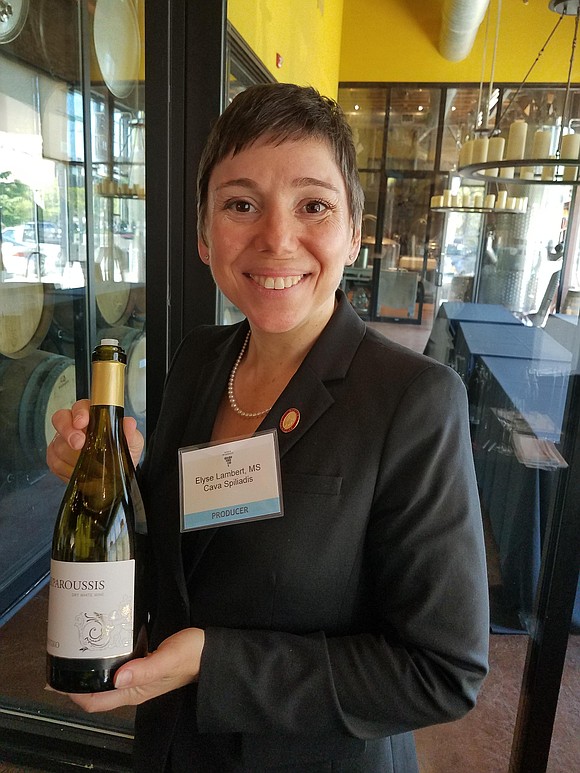 Greece is one of the oldest wine producers in the world. In fact, it was the Greeks who brought wine to Rome. Therefore, its somewhat surprising that when wines of Greece presented its Grand Tasting at City Winery is New York and Chicago in advance of a national rollout, they were being greeted by both the public and the media as "something new."

After tasting some 40 of the latest vintages from producers representing all of the country's wine growing regions, it was evident that Wines of Greece are well crafted, with a unique flavor profile that is both fun and food friendly.

Tasting Greek wines is an instant education in the country's unique terroir and grape varieties. Names such as Moschofilero (mo-sko-feel-ero) from Mantinia located the high plains of the Peloponnese peninsula, where this pink-skinned grape reigns supreme, or Agiorginko (a-yor-gee-tiko), which translates to St. George, in Greek.

Each of the wines tasted had an aroma and a taste that stood out. Nerds in the north of Greece specializes in the Xinomavro (ksee-no-mavro) grape, a flavor equivalent to Italy's Barolo or France's red Burgundy. Yet, the wine has its own distinctive character. As presented by Boutari, Greece's largest wine producers, with six properties spread around the various growing regions, the wine has earthy fruit flavors and nicely balanced tannins that pairs beautifully with grilled meats, such as barbecue, or leg of lamb in a rich sauce.

The white wines are especially interesting and delightful and really show their versatility with a variety of foods, from sushi to salumis, salads and grilled vegetables and soft and semi-soft cheeses. They're perfect for a summertime smorgasbord or buffet. Pull out all the stops and the wine is more than equal to the task.

One wine that stood out was the 2015 Viognier called Ariadne's Thread ($20) from Rouvalis Winery. The wine is made from mavrodaphne grapes, unique to the slopes of Aigalia, in the northern Peloponnese, which is blended with the international variety Viognier. The result is stunning. Bright fruit, a crisp flavor with backbone from its combination of slate and clay in the soil. There's a nice balance between fruit and tannins that makes this the perfect wine to have with roasted, herbed chicken, salmon roasted quickly over hot coals sprinkled with mesquite wood chips or the fruits of the sea, either served raw, steamed or grilled.

Don't forget sparkling wines. The Greek producers are making everything from Brut to Rose, 'blush' wines and sparkling dessert wines. Almost every producer at the tastings has their own take on sparkling wine and each deserved a nod.