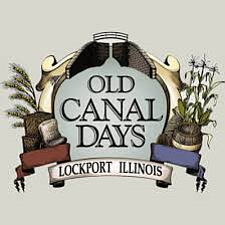 The Lockport City Cemetery is one of the oldest and most historic cemeteries in Northeastern Illinois. In many ways, the cemetery is an open-air museum of history and art. With the earliest graves dating back to the 1830s, the cemetery is home to significant figures associated with the Illinois and Michigan Canal and Lockport’s history including; William Gooding, the Canal’s Chief Engineer, George Gaylord, Hiram Norton, Robert Milne, John Lane, inventor of the first steel plow, and many others.

Ichabod Codding, one of the nation’s leaders of the Abolitionist movement, is also buried in the cemetery. Codding had major influence on Abraham Lincoln, and at one time, he served as the minister of the Congregational Church in Lockport. Soldiers from every American war, including the War of Independence, are also buried here.

During Old Canal Days, visitors will get an exclusive tour taking them back in time, guided by one of the City’s historians. Lockport City Cemetery Tours will be held on Saturday, June 16 and Sunday, June 17 at 10:30 a.m. and 2:00 p.m.

The tours will start at the mausoleum on 6th Street. Parking is available at Milne Grove School, 565 E. 7th Street. The walking tour will last about 45 minutes and showcase the different revival styles of the monuments, some of which were carved by local artists.