Stratton delivers message to Will County Democrats ahead of election 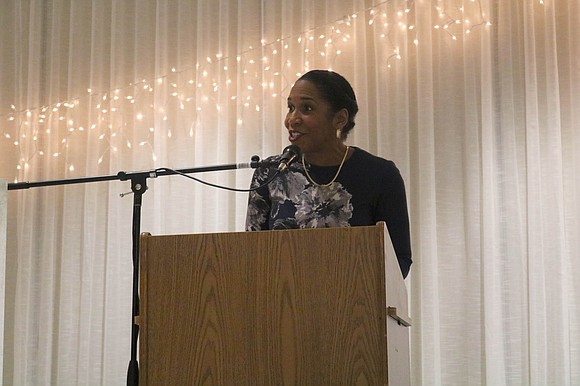 Democratic nominee for lieutenant governor Juliana Stratton hopes that everyone realizes all eyes are on the State of Illinois this election season.

Stratton’s appearance at Will County Democratic Central Committee’s annual dinner served, in part, as a campaign stop ahead of the November election to energize the voter base.

Stratton recognizes that the message of the Democratic Party has been scrutinized and said she wants the people to know what’s at stake on Nov. 6.

Stratton touted her work record over the last 20 years, saying that a vote for her and her running mate in the upcoming election would serve as a source of great pride for her.

“Like J. B. [Pritzker,] I have been solving problems, serving the public, and fighting for what’s right for my entire career,” she said.

Stratton visits Will County Democrats ahead of Nov. 6 election 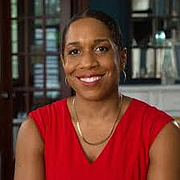 Democratic nominee for lieutenant governor Juliana Stratton speaks to The Times Weekly during the annual Will County Democratic Party Fundraiser.

Stratton’s work history includes running a small business, leading the Center for Public Safety and Justice and state representative for the Congressional 5th District of Illinois.

Stratton admitted she never imagined herself in the position she is currently in running for lieutenant governor.

That changed about three years ago.

“There are people rising up to run for office all across our state and all across the country,” Stratton said.

Stratton acknowledged the renewed enthusiasm many people have demonstrated for civic engagement and said they have the solutions to the state’s problems.

“There are Democrats making phone calls, knocking on doors, and flooding to the polls like never before,” she said. “There are people, like you, coming out to our events, engaging in our politics, and speaking out about the issues that matter. … All we need to do is listen. We need to lift up your voices; we need to come together as a party and as a state and move forward.”

Stratton turned to the jugular of her opponents in the election, saying that Gov. Bruce Rauner has failed the people.

Stratton said she is proud to be in this race with Pritzker.

“The first time that I met J.B. [Pritzker,] I saw his strength, I saw his passion for bringing people together, and I saw his ability to get big things done,” she said. “I saw someone who really listens, [someone] who truly seeks to understand, [and] someone who sees me as a partner in this fight for the fundamental Democratic values that we all care so much about.”