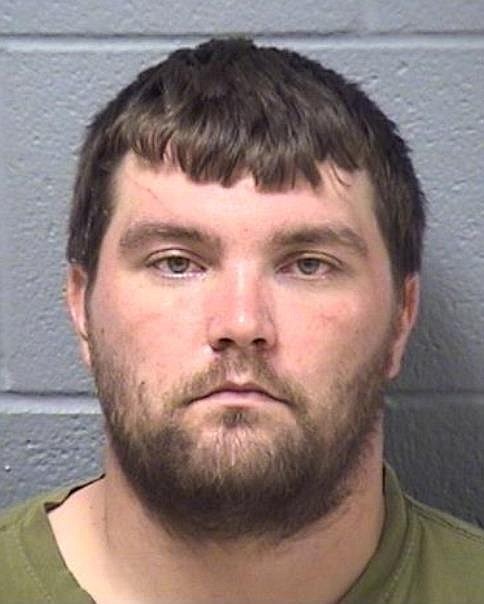 Will County Sheriff’s deputies responded to an armed robbery in progress, 8/18/19, around 4:33am. Deputies arrived at the Knights Inn/River Road Truck Stop, 24007 W. Lorenzo Road in Wilmington Township and spoke with a male attendant who stated that he was just robbed by a masked gunman.

Sheriff’s deputies, along with police from Wilmington, Braidwood, and Elwood canvassed the area and set up a perimeter. Around 4:40am, a Wilmington police officer and a Sheriff’s deputy observed a white male hiding in the bushes in a nearby heavily wooded area. The man, identified as Corey Ingram, age 27, of 2561 Stellon Street in Diamond was taken into custody. Ingram made a statement incriminating himself and was found with a plastic store bag containing USC, gloves, a pink/blue mask, and a loaded handgun.

About 5:30am, police located an unoccupied GMC 3500 pickup truck backed into the nearby wooded area. Deputies found that the truck belonged to Ingram. A loaded handgun was located inside.

Ingram was arrested for possession of a stolen firearm, armed robbery, and possessing a firearm with no FOID card. He is scheduled to be in bond court this afternoon.