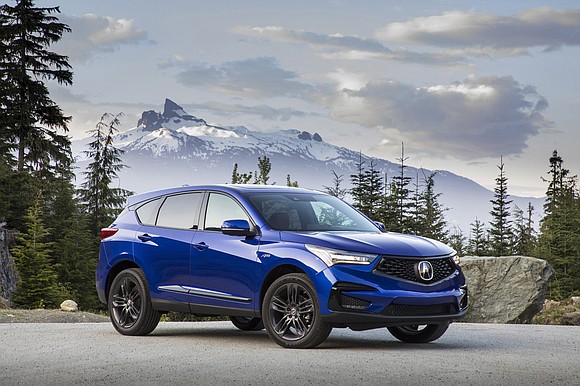 These week-long test drives are supposed to give the reader via the reviewer a real-world perspective of the vehicle being tested. Sometimes though the real world can get really real.

We got the Acura RDX on a Friday and were able to enjoy it over the weekend on dry pavement. And then Monday, our world got really real with roughly 10-inches of snow followed by single digit temperatures the next day.

Without checking the specs, we got in the RDX and thought it had a much larger engine than it did. It was quick with a bunch of oomph. We were surprised to learn that it had a direct injected 4-cylinder turbocharged engine.

We don’t think Acura, or its parent company get enough credit for their engineering chops. Anyway, the powerplant was mated to a 10-speed smooth shifting automatic transmission. There was no way we would have known that the RDX had that many gears without reading it, the shifts were that imperceptible.

Of course, there was stitched leather, soft touch spots everywhere and aluminum trim. But we found the ash wood trim (as in real) top notch. It was open pore, used sparingly but in the right places and tactilely pleasing. In other words, it was nice to the touch.

What Acura called a high floating center console was inspired by the NSX supercar. It was flowing. From the floating infotainment screen atop the dash there was a flat shelf and then it slopped down to the climate controls, which included the heated seats. There was a cowl over the drive mode dial. The car had comfort, sport, sport+ and snow drive modes.

On that console too was the off button for the stop start function of the vehicle. There was push button lock and unlock and push-button ignition. We climbed in the back and found the seats comfortable, there was plenty of hip space, head and legroom and we were surprised by the floor, it was almost flat.

We almost forgot that the rear seats were heated and that were two USB jacks in the back to go along with the one in the center console and the one up front under the floating center stack. A 12V socket and auxiliary jack were stowed there too. And this Acura RDX had a 710-watt 16 speaker premium stereo system.