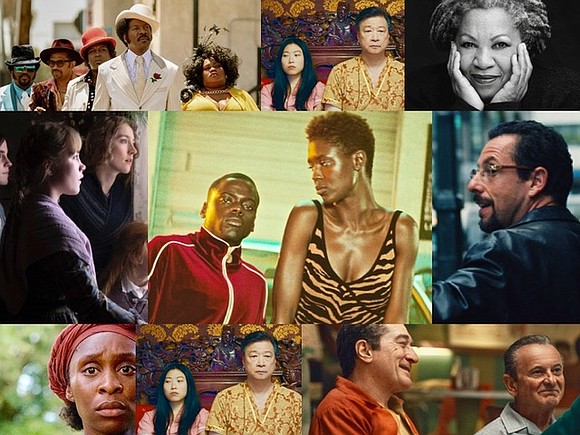 Look back on the most noteworthy films of 2019 and they all display a diverse array of superb talent—in front of and behind the camera.

These movies entertained, educated and often inspired us. They challenged our opinions. They made us contemplate our fate and become more aware of the world around us.

The Farewell (*1/2) – An Asian family handles the last-chapter of life process with charm to spare. Writer/director Lulu Wang digs into her own experiences in a premise and script filled with colorful kin folk. Star turns by Awkwafina, Shuzhen Zhao and Tzi Ma make the characters lifelike.

Harriet (*) – Depicting the legendary life of the courageous abolitionist Harriet Tubman is a task few are worthy of. Director Kasi Lemmons (Eve’s Bayou) is the chosen one. Her epic bio tale catalogs the inhumanity and humanity of the 1800s. Cynthia Erivo (Widows) infuses Tubman’s spirit in every frame. Terence Blanchard’s emotionally charged musical score is haunting.

The Irishman () -- Martin Scorsese, Robert DeNiro, Joe Pesci and Al Pacino team up for an impressive crime/drama/thriller about a man who purportedly murdered Jimmy Hoffa. Brilliant performances. Strong direction, writing and editing. Ingenious use of CGI. The crowning achievement of Scorsese’s career. 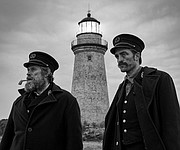 Marriage Story () -- Writer/director Noah Baumbach captures the angst of thirtysomethings (Adam Driver, Scarlett Johansson) going through what should have been a friendly D-I-V-O-R-C-E that turns into a war of threats, betrayals and raw emotions. As primal in ways as Who’s Afraid of Virginia Woolf? Full of life at its worst and people struggling to take their next steps.

Queen & Slim () – Easily the most talked about black movie of the year. Director Melina Matsoukas (HBO’s Insecure) and screenwriter Lena Waithe (TV’s Master of None) weave a very modern crime tale and a poignant love story together. Hints of social relevance are threaded in. Lovers on the run are played by Daniel Kaluuya and Jodie Turner-Smith. So thoughtful. So cool. So romantic.