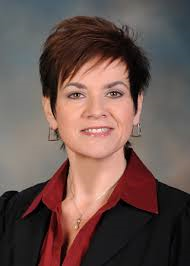 “It’s critically important that Illinois serves as a leader in the fight to give women the right to choose what they do with their bodies,” Manley said. “Last General Assembly we passed needed legislation to protect and expand access to reproductive health care. It is now time to ensure this legislation is enforced.” Pritzker issued an executive order recently that would remove barriers from state employee group health insurance plans that could prevent women from exercising their right to choose. The order aims to carry out the intention of the Manley-backed House Bill 40, which expanded access and gave women the power to make their own healthcare decisions in Illinois and removed a dangerous “trigger provision” in state law that could have banned abortion if Roe v. Wade was overturned by the Supreme Court. Manley hopes that the executive action is a sign that Gov. Pritzker will continue to focus on and prioritize women’s rights in his term. “Access to reproductive health should be protected,” Manley said. “It will require us to be vigilant as we focus on making sure that every woman in this state can make her own health decisions without unlawful interference."