“The Hollywood Jim Crow: The Racial Politics of the Movie Industry” by Maryann Erigha 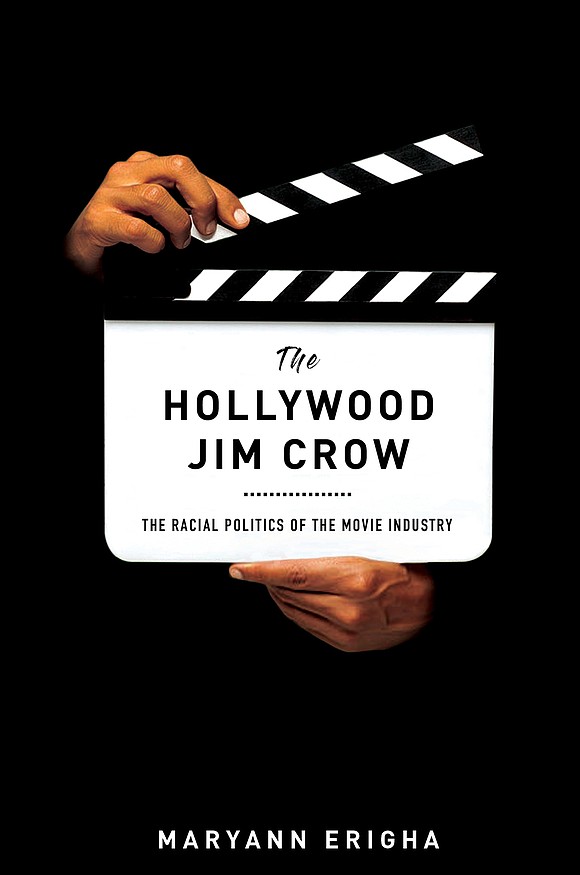 The movie you’ve been waiting for is finally available.

Sure, you saw it in the theatre, but you’re happy to watch it again. It has adventure, a little romance, and plenty of action – plus, it features your favorite actor, so what’s not to love? Better question, asks author Maryann Erigha in her book “The Hollywood Jim Crow”: what color is the cast?

The movie industry’s awards will be given out soon, and there’s something about it that you may notice again: the faces you’ll see at the awards show could be predominately white. This issue is old but it came to a head in 2015 with the hashtag #OscarsSoWhite, and it still hasn’t changed much.

Racism in Hollywood started when Hollywood itself began: from the outset, Black directors were “barred” from directing studio films. That led to a twofold issue: so-called “race movies” had to be made without studio money; and because there was no one to advocate for them, few African Americans landed roles in major movies. In those early years, producers did manage to make limited-run films with Black casts and crew, and audiences saw the occasional Black performer here or there, but it wasn’t until the late 1960s that a Black director landed a job in a mainstream film.

As many actors, actresses, directors, and movie-goers have seen, today’s Black movie-makers still struggle to land jobs. Like their predecessors, they fight Jim Crow laws within the industry, and the same old reasons have a few twists: the assumption that white audiences won’t pay to see a movie with a Black cast means that fewer “Black” films are given big budgets or green lights. Fewer “Black” films mean fewer jobs are offered to African Americans, from behind-the-camera crew to the director’s chair to the cast. Hollywood insiders further believe that all-Black casts will not make any money in overseas theatres, which limits African American moviemakers even more. This leads Black films and directors to receive the label of “unbankable,” despite that there are obvious exceptions to that dubious belief.

And it’s all happening through “completely legal practices….”

Movies make us happy. They put us in another mood, another country, or another planet. After reading “The Hollywood Jim Crow,” they may make you angry.

Though there’s a good bit of repetition inside here, even occasional movie-goers will be clear on (and shocked by) how deep the racism goes in Hollywood and how it affects what we see at the cinema. That makes for a meaningful and solution-driven read in this book. Still, there are times when it’s about as easy to follow as a foreign-language film without subtitles: author Maryann Erigha presents some information in ways that could fluster fans who go to the movies to be entertained, not to keep records.

Still, like most movies, the book is better. This book, specifically, especially if you’ve noticed #OscarsSoWhite and it bugs you. For cinema fans who want to see what they want to see, “The Hollywood Jim Crow” is a reel good read.