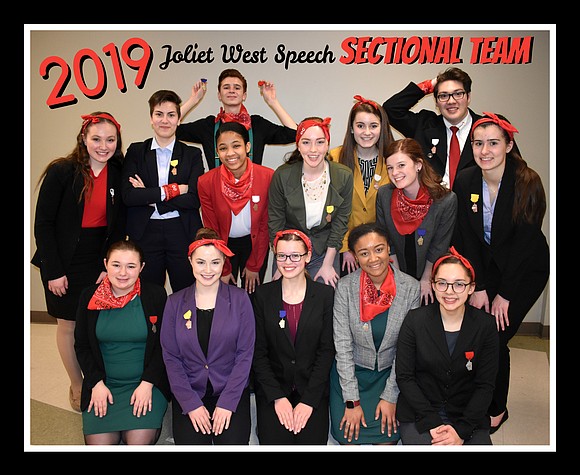 The Joliet West High School Speech Team delivered record-breaking performances at the IHSA Regional Tournament held at Southland College Prep High School on February 2, 2019. Thirteen out of fourteen of the team's events are advancing to the

"The team's theme this year is "Don't Stop Believin'!" - and these kids haven't

The Joliet West High School Team students who advanced will compete on Saturday at Thornton High School for a chance to advance to the IHSA State Finals.