In Partnership With the Award-Winning Producing Team at Danish Documentary, The Cave Unveils the Harrowing True Story of an Underground Hospital in War-Torn Syria and the Inspirational Female Doctor R 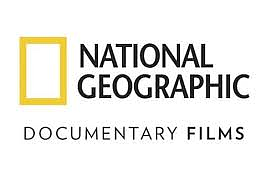 The Cave will release in Theaters this Fall

Following the recent greenlight announcements of Rebuilding Paradise from Academy Award-winning director Ron Howard and The Untitled Thai Cave Rescue Project (wt) from Academy Award-winning director Kevin Macdonald, National Geographic has announced it will continue to expand its feature documentary slate with The Cave - a powerful new film about a hidden secret underground hospital in Syria and the unprecedented female-led team of civilians and medical professionals who are risking their lives to provide medical care to the besieged local population.

The announcement comes as the Museum of the Moving Image prepares to honor National Geographic for its accomplishments over the past few years, including the success of its newly formed documentary film unit - which recently won the Oscar and BAFTA for Best Documentary Feature of 2018 for Free Solo.

Academy Award-nominated filmmaker Feras Fayyad ("Last Man in Aleppo") is directing The Cave, with Danish Documentary Films' Kirstine Barfod ("Venus") and Sigrid Dyekjær ("Something Better to Come") as producers, and Eva Mulvad ("A Modern Man"), Pernille Rose Grønkjær("The Monastery") and Mikala Krogh ("The Newsroom - Off the Record") executive producing. The Cave is slated for a fall 2019 release.

The film follows 30-year-old Dr. Amani, an aspiring pediatrician forced to end her studies and medical training due to the devastating war in Syria, as she becomes the appointed leader of a team of 130 medical practitioners in the secret hospital serving the 400,000 civilians of the besieged city of Al Ghouta from 2012 to 2018. Due to the nonstop onslaught of conventional and chemical warfare, brutalized and displaced victims constantly flood the subterranean haven through secret entrances and an intricate network of tunnels. Despite the limited supply of medical resources, Dr. Amani and her team work tirelessly to restore health and hope.

"While I was detained by the Syrian regime for a critical film I made, I witnessed the suppression and torturing of women, an inhuman shameless pride of cruelty, in prison. Not only because they were prisoners but because they were women. I also observed one of the most atrocious war crimes in modern history when the Syrian regime used chemical weapons to attack Al Ghouta in 2013. These experiences were shockingly frightening and unforgettable, but even worse, the rest of the world looked on silently," said Fayyad. "I knew I had to challenge the inaction and I felt morally responsible to expose the effects of the war crimes. My vision for The Cave was to paint a human picture of the Syrian War through the eyes of these unsuspecting female heroes, and for the film to be a global call to action for response to this humanitarian crisis."

"This is an important story for women today and for the coming generations. It is about women who want independence and change in life," said Dr. Amani. "It is my hope that the more people see it, the closer we are to ending the war and achieving justice. Something has to change."