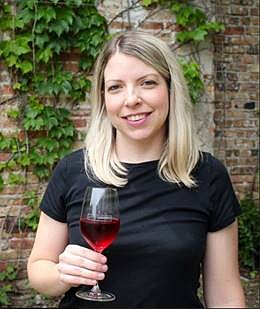 Chicago - City Winery Chicago proudly announces the appointment of Caroline Schrader as its new Head Winemaker, overseeing both City Winery Chicago’s West Loop and Riverwalk wine programs. Schrader’s first initiative as Chicago’s Head Winemaker includes launching a first of its kind Rosé of Chambourcin, a fruit-forward, veganrosé made from a varietal not familiar to most that offers a unique take on a classic wine.

“I really wanted to produce a wine made solely from our native midwestern grapes here in Chicago. Introducing Chambourcin to City Winery is a great way to highlight our local viticulture,” said Schrader. “There's a grape growing industry in Illinois, though relatively small, making great wines with local fruit. With rosé being trendy to drink during the warmer months, I think more people will be open to trying an unfamiliar varietal. The Rosé of Chambourcin is approachable, fruit forward and bone dry. It will please a wide array of palettes.”

Prior to her position as Head Winemaker, Schrader was City Winery’s Assistant Winemaker, working under Former Head Winemaker Robert Kowal, who recently relocated to Nashville to oversee their local City Winery winemaking efforts. Before joining the City Winery team, Schrader worked at Wild Blossom Meadery and Winery in Chicago's Beverly neighborhood. Her past wine-related accolades include a double gold medal for her 2013 Amador County Zinfandel at the Illinois State Fair Wine Competition and, in July 2012, Schrader became a member of the Guild of Sommeliers, earning her Level 1 sommelier certification through the Court of Master Sommeliers, the internationally recognized organization for wine studies and wine service. Currently, Schrader is studying viticulture and enology through the University of California, Davis.

Before her career in wine, Caroline was an architect at Chicago powerhouse firm, Solomon Cordwell Buenz.

“We are thrilled to promote Caroline to Head Winemaker,” said City Winery Chicago’s General Manager and Regional Director Nathan Holgate. “After being with us for five years now, she has clearly demonstrated her incredible talent and creativity in spades. She is integral to our wine programs at the West Loop and Riverwalk locations.”

Opened in 2012, City Winery Chicago is a fully operational winery, restaurant with outdoor patio, concert hall and private event space located in the heart of the West Loop at 1200 W. Randolph, in the historic urban Fulton Market district.