NEW YORK FILM FESTIVAL: PAIN AND GLORY REVEALS CLOSE TIES OF A DIRECTOR AND HIS STAR 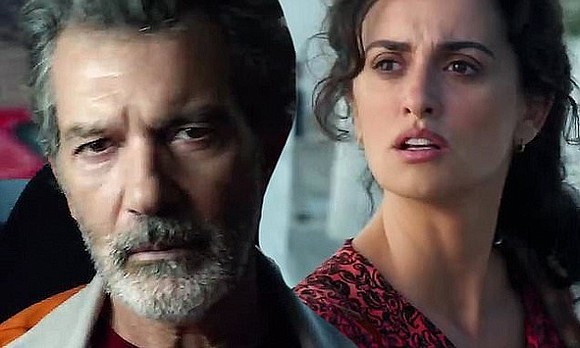 Sony Pictures Classics Pain and Glory is the eighth collaboration of Spanish filmmaking legend Pedro Almodovar and award-winning actor Antonio Banderas. This is the eighth collaboration for the two, albeit after nearly a decade-long hiatus. Time apart may benefited the two, for it gave them both time to encounter many of life’s challenges, in separate struggles, and to come together to share the lessons they have learned in a film that is eerily autobiographical for both.

“In many ways, I was imitating him and he was imitating me,” Almodovar said in the Q. and A. following the 57th New York Film Festival press screening, prior to the film’s New York Premiere. 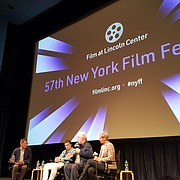 “For example, there’s a scene that was quite crucial, where you see Antonio as Mallo (Almodovar) getting into and out of a cab. It was important that he do it in a certain way that showed the pain that I had suffered after some serious back surgeries. After about ten minutes of my showing it to him, he got it right away. We did those scenes in just one take.”

Another significant event was the heart attack that Banderas suffered in 2017. “That forced me to reach way back, deep inside myself to discover some things that I had forgotten about or didn’t even know that I had. There was a time when I would wake up, literally bleeding from the blood thinners. I’ll be taking an aspirin every day for the rest of my life.” 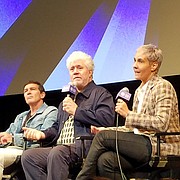 Pain and Glory charts the psychological journey of a self-absorbed film director, Mallo, a thinly veiled stand-in for Almodovar himself. The film bounces back and forth between recollections of his earlier self as a young boy, exquisitely played by Asier Flores in a heart-tugging performance, and the present day. Mallo is struggling to regain his footing and his eminence as a director. Along the way, he is forced into a reckoning with his earlier life through a series of fretful reunions. He is invited to appear at a film festival retrospective with the drug-addicted actor, Alberto, played with delightful emotional abandon by Asier Etxeandia, whom he feels precipitated his fall from cinematic grace decades ago with an underwhelming performance fueled by heroin addiction. The wounds between them are time worn and deep, yet still unhealed. Their uncomfortable reunion leads to the type of bonding that occurs between PTS war survivors. It also leads to Mallo’s first experience with heroin, a personal parachute jump to emotional hell.

The film flashbacks take Mallo back to his early life in Spain, where he wass forced to live in a cave-like compound with his mother, played touchingly by long-time muse and film collaborator Penelope Cruz. It is also where he has his first confusing encounters with sexual desire for a handsome young illiterate laborer whom the bright boy is teaching to read and write. The subject is raised later in the film when he has another strained reunion with his former lover, played by Leonardo Sparaglia, who, with a simple touch to Mallo’s chest above his heart, says more in a gesture than all of the effusive words spoken in this ‘thinking out loud’ word marathon.

“This was the one part of the film that was totally made up,”Almodovar explained to the post-screening gathering. “I felt that it added an important emotional layering to the film.” Indeed, it was the film’s most poignant and singularly spellbinding moment.

In spite of its meandering timeline and endlessly wordy introspection, this film holds your attention like an emotional train wreck in progress. Punctuated by an achingly beautiful score by Alberto Iglesias, it is no wonder that Banderas won the Best Actor Award at Cannes and that the film is considered a certainty for an Oscar nod.