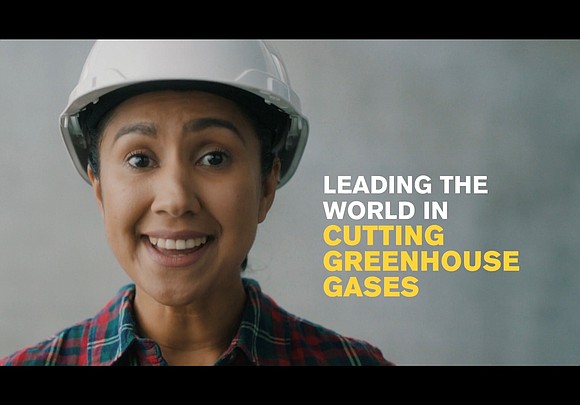 The “We’re on It” campaign underscores the commitment of the natural gas and oil industry to provide reliable and affordable energy, while reducing emissions and its footprint.

When it comes to lowering emissions and reducing its environmental footprint in the U.S., the American Petroleum Institute (API) wants the world to know that the natural gas and oil industry is already doing it.

A new API advertising campaign highlights the natural gas and oil industry’s leadership in reducing emissions, protecting the environment, making climate progress and serving consumers. While one commercial focuses on the role of industry as problem solvers, a second highlights industry’s ability to solve complex problems.

API has already been vocal throughout the year on the climate role that industry plays in, while providing abundant, reliable, and affordable energy across the world. API President and CEO Mike Sommers notes that the industry is “laser-focused” on tackling the dual challenge of delivering energy globally and protecting the planet.

Sommers says that the industry is keeping pace with record demand for affordable fuels while reducing emissions every step of the way.

By investing in innovative technologies, developing state-of-the-art standards and supporting smart regulations that reduce emissions, Sommers says the industry is improving sustainability, particularly in the production of clean natural gas.

API counts as the only national trade association that represents all facets of the natural gas and oil industry, which supports 10.3 million U.S. jobs and nearly 8% of the U.S. economy.

API touts the benefits of increased use of natural gas in projections by the U.S. Energy Information Administration (EIA) that energy-related carbon dioxide emissions will decline this year by 2.5%. Meanwhile anew Department of Energy report on the life cycle of greenhouse gas emissions associated with U.S. LNG exports confirmed the environmental benefits of natural gas vs. coal – which is significant given expanding markets in Asia and Europe for U.S. LNG.

EIA’s CO2 projection, along with the projected 4.9% increase in natural gas consumed for power generation relative to 2018, underscores the point that increased use of natural gas in fueling power generation lowers CO2 emissions, and that the recent trend of the U.S. recording the lowest CO2 levels in a generation will continue.

Natural gas’ competitiveness in the marketplace is a key to these national and global opportunities. The abundant, affordable fuel has driven emissions lower and helped the pocketbooks of U.S. consumers, especially low- and fixed-income households. Meanwhile, American liquified natural gas (LNG) exports are affecting the economics of power generation abroad.

While positive developments should affect all citizens, African Americans and other minorities should especially take note.

“Our industry certainly recognizes the great opportunity to enlist the talents and skills of more women, African Americans and Hispanics. A recent study projected nearly 1.9 million direct job opportunities in industry through 2035, with women and minorities accounting for hundreds of thousands of them.”

The “We’re on It” campaign underscores the commitment of the natural gas and oil industry to provide reliable and affordable energy, while reducing emissions and its footprint.

“Today, the U.S. carbon dioxide emissions are at their lowest in a generation, largely due to the increased use of natural gas, evidence that energy and climate progress can coexist,” Sommers wrote last month.

“Through continued development of sustainable energy resources and collective action toward emissions reduction, the natural gas and oil industry will continue leading efforts to improve our environment.”