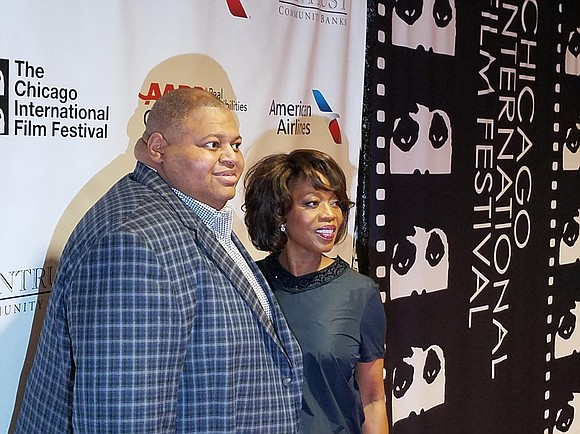 Presentations include the likes of Kasi Lemmon's film Harriet, among others, and Special Presentations such as Director Tom Harpers The Aeronauts and Noah Baumbach's Marriage Story, featuring Scarlett Johansson and Adam Driver in an all-star collaboration with co-stars Laura Dern, Alan Alda and Ray Liotta.

Opening Night features the festival Premiere of Edward Norton's Motherless Brooklyn with the director/star in attendance with the film's stellar ensemble cast.

Closing Night features the Premiere of The Torch from director Jim Ferrell highlighting the legendary life and career of Chicago's own Buddy Guy, still going strong at age 83 as the world's standard-bearer for the blues.

Special Presentations include The Traitor (Il Traditore) from Italian Director Marco Bellachii, the true story of the man who brought the Cosa Nostra down in Sicily in the early '80s.

A near companion piece is Martin Scorsese's The Irishman in a Gala Presentation. More than a decade in the making and clocking in at more than $150 million budget and three and a half hours run-time, this is the famed director's most ambitious project. Starring Robert DeNiro as the film's title character Frank Sheeran, the only Irish American to be inducted into

the Mafia's inner circle, the film centers around his connection to quixotic Teamsters Union chief Jimmy Hoffa, played by Al Pacino in a bravura, Oscar worthy performance. Unbelievably, this is Pacino's first collaboration with Scorsese. With Joe Pesci, Harvey Keitel and Ray Romana rounding out the heavy-hitter cast, this is one of the most absorbing films of this year's festival.

The Apollo, from Director Roger Ross Williams traces the near century-long history of Harlem's legendary Apollo Theatre, considered the world's most famous living repository of black cultural and artistic history. Now run as a state-funded cultural foundation, as well as one of the nation's premiere entertainment stages, the theatre served as the springboard for such

musical legends as Ella Fitzgerald, Stevie Wonder and James Brown, perhaps its most enduring favorite son. It is also where the legendary Billie Holiday performed her composition, Strange Fruit, perhaps the first protest song of the pre-Civil Rights era, which Apollo management wanted to suppress out of fear that it would spark a race riot. The Apollo is also presented as part of the Black Perspective Tribute, which this year honors the late Black Perspectives Chairman Randy Crumpon with an evening of film clips and scintillating conversations with celebrities, directors and storytellers from Chicago, Alabama and cities around the US and points as far away as France and Senegal.

Out-Look presents films competing for the festival's Q Hugo Award, including Cunningham, director Alla Korgan's all 3D look at the eclectic choreographer's ground-breaking life-time of work which he continued as a dance pioneer right up until his death at age 90. Portrait of A Lady On Fire is French director Celine Sciamma's brilliantly executed romance/psychological period drama which is beautifully filmed along France's dramatic northern coastal regions. The film won the Queer Palm and the award for Best Screenplay at Cannes.

For the complete schedule and ticket information, visit chicagofilmfestival.com.