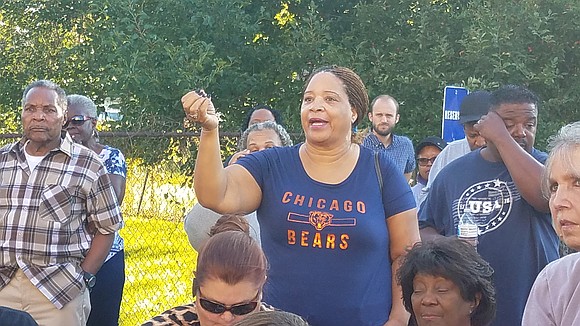 Will County-area residents and community activists raised concerns for coal ash pollution of quarries at a recent listening session put on by the Illinois Environmental Protection Agency (IEPA). The meeting, by design, set out to give officials the opportunity to hear residents’ comments. Brad Frost, a representative for the IEPA, said the feedback gathered during the listening could help shape draft regulations to address environmental concerns. There are a number of byproducts to the coal combustion process, including coal ash (fly ash and bottom ash), boiler slag and flue-gas desulphurization. Bill Buscher, another representative of the IEPA, said most plants pump those materials into an impoundment that is permitted through the state of Illinois’ National Pollutant Discharge System. Several at the meeting raised public health concerns for the coal ash polluting Will County-area quarries and questioned the response taken by officials. Typically, impoundments are located in proximity to a large river water system, reservoir or a source of water.

The current rules call for groundwater monitoring, which Buscher said is something the IEPA is doing. Correction actions taken by officials include the closure of plants either by removing or capping it. Among those voicing concerns at the meeting was Veronica Gloria, executive director of the Spanish Community Center. She said she stands in agreement with many people at the meeting raising issue for hazards. “Often times these issues are in low-income neighborhoods where limited English speakers call home,” Gloria said. Gloria urged the IEPA to view language accessibility as an important component of environmental justice. Gloria said she thinks many people are in the dark about the issue. “As a non-profit, we are held to very high standards,” Gloria said. “We have to be able to answer emails; we have to be able to answer calls. We need to be very accessible to the public. … So, when it comes to the IEPA, I would hope they would also have similar high standards when it comes to communication, accessibility and making sure that this information is not hard to come by.” Several expressed taking issue with the loopholes that exist in the federal rules.

The IEPA intends take public comment on the draft rules prior to sending it to the Pollution Control Board for further public review. Gabe Neibergall, a representative of the IEPA, said the state also is looking to go above and beyond the federal rules by specifying a permitting process with requirements, such as minimum content for construction and operating permit applications, permit application submission deadlines for closure, and standards for how to do an approval of those applications for closure selected for permits. The state’s regulations must be at least as protective and comprehensive as the federal rules, in accordance with state statute.

The public is invited to submit comments by email at epa.coalashrules@illinois.gov.