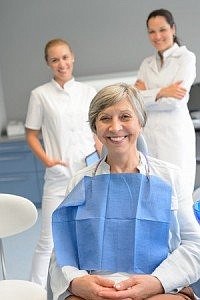 Congresswoman Robin Kelly, chair of the Congressional Black Caucus Health Braintrust and member of the Health Subcommittee, introduced the Medicare Dental Act. The legislation would provide coverage for certain dental items and services through Medicare Part B, a position that's supported by eighty percent of Americans.

"When we turn 65, our teeth don't just fall out. They remain a vital, functioning part of our bodies for our entire lives. To stay healthy, we need to keep our teeth, mouth and gums healthy; that means access to affordable dental care," said Congresswoman Robin Kelly. "As the House takes action to reduce the cost of prescription drugs for American families, we should use the government's cost savings to expand health-preserving dental coverage to older Americans."

The survey also found significant confusion related to dental care, including more than 62 percent being unsure or incorrect about Medicare coverage for dental care. "Confusing" was also a term selected by nearly thirty percent of survey recipients to describe oral healthcare.

While all Americans have reduced access to dental care, older Americans are especially vulnerable. Research from the Henry J. Kaiser Family found that 37 million Medicare recipients (65%) lack dental coverage. It also found that nearly half had not had a dental visit in a year. The numbers skipping care increase significantly for communities of color. More than seventy percent of African American, seventy percent of low-income, sixty-five percent of Hispanic and nearly sixty percent of rural Medicare recipients did not see a dentist in the last year.

"It is time for our seniors to have unmitigated access to the care they need - including dental visits, which are a vital part of keeping our older Americans healthy," said Congressman Horsford, an original co-sponsor of the bill. "This gap in Medicare coverage leaves America's seniors at risk for preventable oral health issues that can result in unnecessary hospital and emergency room visits, longer term health issues, and higher Medicare spending overall."