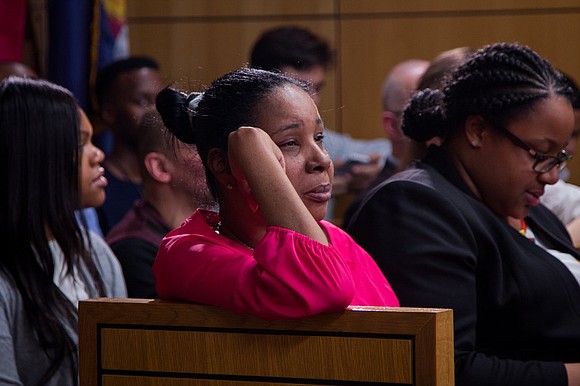 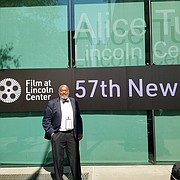 Unless you are a salamander living under a rock or a consistent viewer of Fox News, you must be aware of the Eric Garner story. To refresh your memory, Eric Garner was strangled to death on the afternoon of July 17, 2014 by NYPD officer Anthony Pantaleo and a gang of his fellow New York officers on a street corner in Staten Island. Garner was allegedly targeted by police for selling 'loosie's,' illegal single cigarettes, at most, a ticketable offense. A Staten Island Grand Jury refused to indict Pantaleo and a later federal probe was inconclusive. The Garner family eventually received a $5.6 million dollar settlement from the City of New York. Roee Messenger's film American Trial: The Eric Garner Story posits the question; "What if there had been a trial?"

The film immediately takes us away from the viral cell phone video of Garner's gruesome death and the street protests and rhetoric right into the courtroom. So widespread were the protests that LeBron James and the LA Lakers even took to the practice court wearing warmup shirts emblazoned with the phrase "I Can't Breathe.'

The film uses a mix of fact and fiction to create an imaginary trial for Pantaleo, something the legal experts call 'moot court.' The particulars of the case are hashed out in gruesome detail with actual legal experts such as Alan Dershowitz and a parade of retired police officers including Det. Carlton Berkley of the 100 Black and Latino Police Officers Organization who gives a blood-curdling frame-by-frame description of what transpired in the Garner viral video.

The film uses actual people instead of actors in the courtroom drama, including Garner's widow and James Knight, his close friend who was with him the day of the murder. The only actor in the film is Anthony Altieri, who portrays Pantaleo. His words are taken from public statements and an interview with his defense lawyer Stuart London.

The trial dramatization features Garner's widow Esaw Garner Snipes, who after holding up a severely deformed arthritic hand to be sworn in, gives a testimony wracked with bitter tears. We learn that Erioc Garner was a family man. They were married 26 years and have 4 children. She has yet to recover emotionally from her loss. Her pain is palpable, even in the fake courtroom setting. In fact, at the end of the film, we see her in a backroom having an emotional breakdown over the experience of reliving her husband's death through her testimony. Coincidentally. the filming occurred just on the heels of losing her daughter, Erica Garner, to cardiac arrest. Expert witnesses also include Dr. Michael Baden, the former NYC Chief Medical Examiner, who performed the second autopsy on Eric Garner in the civil case.

Officer Pantaleo was finally fired by the City of New York in the summer of 2019 after an internal Police Commission investigation and stripped of his pension. The grand jury transcripts have never been revealed and there are no future plans for an actual trial.

Roee Messenger's American Trial: The Eric Garner Story envisions a justice that the Garner family, the nation, and, indeed, the world, will never see. The viral video of Garner's death is shown several times in the film. Its painful to watch, no matter how many times you see it. The fact that his case has never been brought to justice, as the film reminds us, causes it to become a gaping social wound that has yet to be healed.