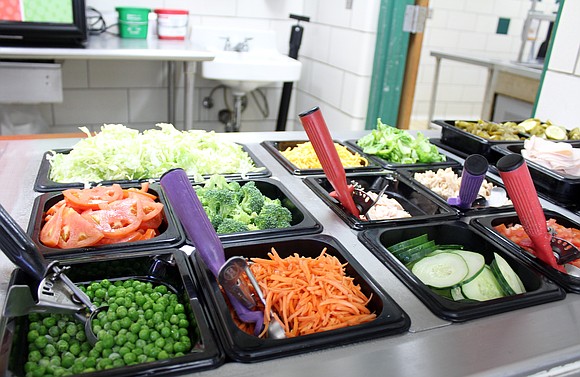 Plainfield - District 202 middle and high school students are finding some more healthful and vegan options at lunchtime this school year.

Aramark, the district's contracted food service provider, introduced more fresh options at the make-your-own salad bar in high schools and more salad options including a garden salad with egg at the middle schools.

Before this year, vegan options were available only by request, Young said. District 202 and Aramark worked together on the changes. "When you do a made-to-order (meal), especially at the high school, it's what they want," Young said.

The new options are healthy, available to anyone who wants to try a new dish and can help the environment by offering alternatives to meat dishes, said Rick Engstrom, assistant superintendent for business and operations.

Aramark will put a new menu item, such as a loaded chicken pizza, on its high school menus so students can try it, Young said. Items that sell well will be put into the rotation to expand the offerings, she added.