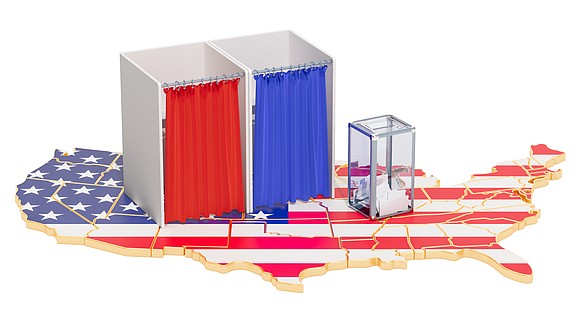 A Brennan Center analysis has found that at least 17 million voters were purged nationwide between 2016 and 2018, similar to the numbers discovered between 2014 and 2016.

Using data released by the Federal Election Assistance Commission, the Brennan Center found that counties with a history of voter discrimination have continued purging people from the rolls at high rates.

“This phenomenon began after the Supreme Court’s 2013 ruling in Shelby County v. Holder, a decision that severely weakened the protections of the Voting Rights Act of 1965,” the report states.

“Before the Shelby County decision, Section 5 of the Voting Rights Act required jurisdictions with a history of discrimination to submit proposed changes in voting procedures to the Department of Justice or a federal court for approval, a process known as ‘preclearance,’” the report’s authors wrote.

As the nation heads toward the all-important 2020 election cycle, many said they’re concerned with voter purging and the ever-present threat of voter disenfranchisement.

“Automatic voter registration is a great way to be sure that every eligible American is registered to vote,” said Dr. Margaret Groarke, an associate professor of political science at Manhattan College in New York.

“Whether this prevents voter suppression is complicated by the fact that there are many ways that people suppress the vote,” Groarke said.

“Automatic voter registration might counteract the effect of purges, but will do nothing to stop other strategies,” Groarke said.

The Brennan Center report follows a Center for American Progress analysis that examined how conservative lawmakers are suppressing the votes of people of color, young people, and those with disabilities.

From discriminatory voter ID laws in places such as North Dakota, South Carolina, and Michigan to failures to provide early polling places in a majority-black neighborhood in Texas and the freezing of more than 50,000 voter registrations in Georgia, voter suppression is rampant in 2018, according to the CAP report.

“Voter suppression is widespread again this year, and these efforts from conservative lawmakers largely target people of color, young people, and people with disabilities,” Connor Maxwell, a research associate for Race and Ethnicity Policy at the CAP, said in a news release.

“Despite these efforts, there are many steps people can take to ensure their vote counts on election day,” Maxwell said.

Voting is a fundamental right for all U.S. citizens, “so we encourage everyone to double-check their voter registration; determine ahead of time whether you need to bring certain materials to the polls; and take advantage of the many voter assistance hotlines if you run into problems,” said Danielle Root, a voting rights manager at the CAP.

In its report, The Brennan Center noted why voter purges could prove problematic.

“If a voter moves from Georgia to New York, they are no longer eligible to cast a ballot in the Peach State. As such, they should be removed from Georgia’s voter rolls,” Brennan authors said, as an example.