“The Water Dancer” by Ta-Nehisi Coates 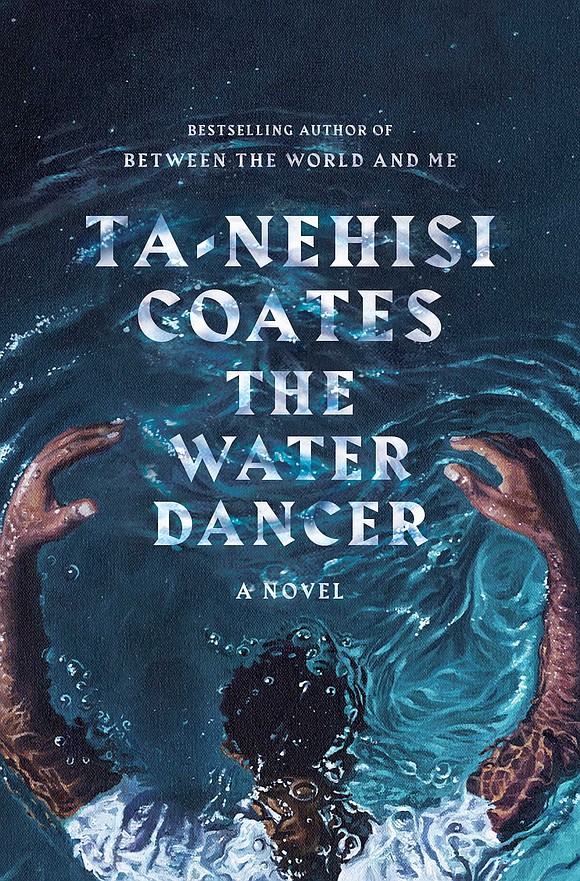 There’s really no describing the panic when that happens. Your ribs struggle to rise, your chest feels like it’s being stomped, you’re on fire, and your brain screams. Your arms flail. Your hands grasp at nothing, and then – ahhhhh, you gasp. And in the new novel, “The Water Dancer” by Ta-Nehisi Coates, nothing’s better than the first breath of freedom’s air.

One minute, he was in the carriage and the next, he and the horse were struggling in the water. Oddly, though, the lack of breath, seeing his half-brother float away, tasting mud on the riverbanks, none of that bothered him. He thought he saw his mother dancing on the bridge, but she was sold away years ago; the water felt familiar but everything did, all the time. Hi grew up knowing he had a gift that allowed him to see his ancestors and to remember everything, and this drowning was one of those things.

He woke up in a bed wearing fresh clothes that belonged to his half-brother, Maynard. Hi’s father – the man who owned him – was weeping because Maynard was lost, and Hi realized then that whatever relationship he’d had with his white father was over.

His life at the great house on Virginia’s Lockless Plantation, over. That his father looked the other way when Hiram showed interest in Sophia, a housegirl Hi delivered every weekend to his father’s brother for reasons Hi preferred not to think about… done. His whole life was spent as a Tasker for people who owned him, toiling for Quality folk and thinking that if he did the right things, he’d be rewarded with some sort of equality or freedom or….

Or he’d been fooling himself.

He’d never be equal to the Quality. He’d never love who he wanted to love, or know for certain that he’d never be sold Natchez-way. And that meant just one thing.

It was time to run.

Hunched over. That’s what you’ll be with “The Water Dancer”: hunched over as you read, to protect your heart from this story and because the anticipation of what’s to come is too much to handle if you’re upright.

Using a little magic, the full meaning of which may not become totally clear until nearly the end of this tale, author Ta-Nehisi Coates captivates readers with language rich and reminiscent of poetry or song. The beauty of those words is calming-not-calming, like lying on a fresh-smelling, springy bed of moss on the edge of quiet woods, waiting to hear heavy footsteps you know are coming. Cue the ominous music, but don’t think that this is a horror novel. No, it’s more of an escape-novel-thriller-love-story-drama-history with a cast of characters that couldn’t seem more real.

One of them, in fact, was real so look for her and don’t worry if the plot of this book doesn’t make sense at first; it will soon enough. Just settle, let the words wash in, and “The Water Dancer” will knock the breath out of you.