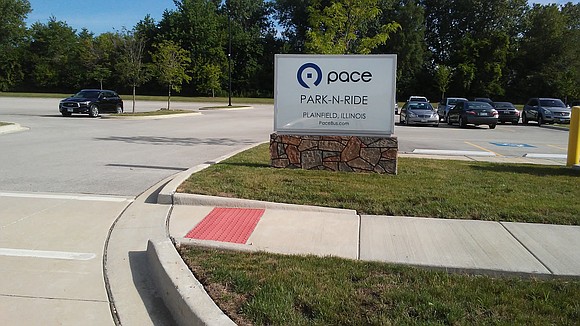 Action taken by the Plainfield Village Board will allow the Pace bus company to ultimately add more service routes in the area.

The board Monday approved the site plan a bus maintenance and storage garage for Pace at the Plainfield Business Park at Depot Drive and Van Dyke Road.

Jake Melrose, economic development manager for the Village of Plainfield, said Pace has been increasing storage limitations through the years as their services has grown in the southwest suburbs, particularly in Plainfield with the new park-n-ride facility that opened last year.

He said the proposed new facility would allow Pace to grow their expanding services and eventually add more routes and different commuting options to the Plainfield park-n-ride.

Currently, Plainfield residents who want to commute to the downtown area can park their cars at the lot on Van Dyke Road and hop on a bus that drives in the shoulder lane of I-55.

Melrose said the storage facility would be located just south of the park-n-ride lot on east side of the extended Depot Drive. Once constructed, the building will be 232,853 square feet on about 12 acres of the development. The facility will provide 136,680 square feet of bus storage space with the remainder of the square footage split between office service, maintenance, mechanical and repair areas.

The new Pace facility, according to Melrose, is a $52 million project that is funded through the new capital budget of the Regional Transportation Authority. The village will act as a construction manager, as it did with the park-n-ride facility.

"The village has no financial obligations to fund the project," he continued. "The full 100 percent project cost will be funded by Pace."

Initially, about 100 people would be employed out of this facility and more than 200 once at its full operational capacity, according to Melrose.

Village trustee Harry Benton said he is glad many residents, including college students, will have access to the city that doesn't require them to drive and congest the expressways.

"I am just excited to move this forward and get people efficiently to the city and surrounding suburbs," said Benton. mm@thetimesweekly.com