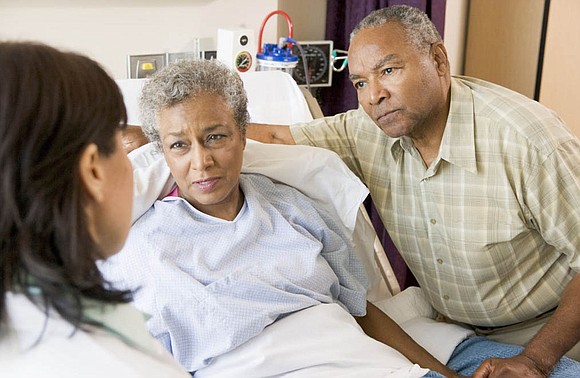 As the world’s leading voluntary health organization in Alzheimer’s care, support and research, the Alzheimer’s Association is committed to raising awareness of this fatal brain disease and its warning signs in diverse populations during Black History Month and year-round. According to the 2019 Alzheimer’s Disease Facts and Figures report, African-Americans are about twice as likely to have Alzheimer's disease or another dementia than older whites, but less likely to have a diagnosis.

Recent studies have shown that African-Americans are twice as likely to develop Alzheimer's disease than other racial groups, but we actually aren't 100% sure why, said a Elizabeth Cook, Alzheimer’s Assoc. Media Relations. “There are research studies currently looking into environmental, socio-economic and lifestyle factors, but what we know now is that they are at a higher risk for developing the disease. Studies also show that African Americans may be more likely to be diagnosed in the later stages of the disease when individuals are more cognitively and physically impaired – and therefore, are in need of more medical care. Also, despite their increased risk, African Americans are under-represented in clinical trials. It is estimated that 97% of participants in industry-funded clinical trials and more than 90% in NIH-funded trials for Alzheimer’s disease are comprised of non-Hispanic whites.

Many people dismiss the warning signs of Alzheimer's, believing that they are merely a part of typical aging. While there are currently no treatments to stop or even slow the progression of Alzheimer’s, early detection and diagnosis can allow for earlier use of available treatments that may provide some relief of symptoms and help maintain independence longer. Delays in diagnosis mean that African-Americans are not getting treatments when they are most likely to be effective at improving quality of life, as well as taking critical steps to educate themselves on Alzheimer’s and establish support networks.