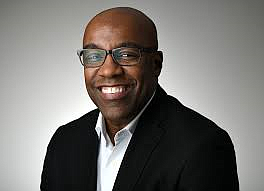 The state Attorney General Kwame Raoul, led a coalition of 11 attorneys general in urging the U.S. Environmental Protection Agency (EPA) to adopt stricter national emission standards for ethylene oxide (EtO). According to the EPA’s own assessment, EtO is a known human carcinogen and among the most hazardous air pollutants.

In the comment letter, Raoul and the coalition argue that the EPA’s current National Emission Standards for Hazardous Air Pollutants (NESHAP) fail to adequately protect workers and communities from the harmful effects of EtO. The attorneys general also call on the EPA to work with the U.S. Food and Drug Administration (FDA) to support research into effective alternatives to EtO sterilization and end over-reliance on the practice. Illinois has already acted to significantly reduce EtO emissions, but there is an urgent need for the EPA to strengthen national EtO standards to protect communities throughout the country, Raoul said. The EPA has a responsibility to protect the health and safety of residents by adequately regulating hazardous air pollutants. I urge the EPA to live up to this responsibility and implement the standards needed to address the severe risks to public health and the environment posed by EtO emissions.

Reduce emissions to the atmosphere from each exhaust point by at least 99.9 percent.

Conduct all required emissions testing under operating conditions that are representative of maximum emissions.

The comments expand on an October 2019 letter to the EPA led by Raoul regarding current emission standards for EtO. More than 288,000 people live in areas across the country that the EPA identified to be at elevated risk of EtO exposure, and there are more than 100 commercial sterilization facilities subject to the NESHAP. These facilities are located in 36 states, including Illinois.

Because the EPA has not updated the NESHAP to reflect current science, states have been required to step in and regulate EtO, which will dramatically reduce EtO emissions in those areas when implemented.

Attorney General Raoul has been an advocate for stricter limits on EtO emissions. Illinois passed the Matt Haller Act, the nations strictest limits on EtO emissions from sterilization facilities, which was signed into law in 2019. EtO-emitting sterilization facilities are prohibited from operating in Illinois unless the facility captures 100 percent of all EtO emissions and meets reduced emissions requirements. The requirements of the Haller Act far exceed the current NESHAP. If a facility fails to meet the reduced emissions requirements, it must immediately cease operations. In 2018, the Attorney Generals office filed a lawsuit against Sterigenics alleging air pollution violations due to the release of EtO at its Willowbrook, Ill. plant. In September, Attorney General Raoul and DuPage County States Attorney Robert Berlin obtained a court-enforced order that prevented Sterigenics from reopening unless and until it could meet stringent standards. Sterigenics has since announced that it will permanently close its Willowbrook plant.