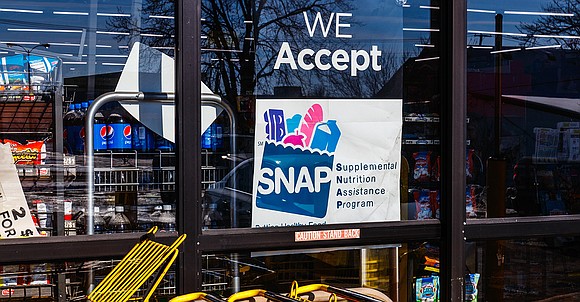 Agriculture Secretary Sonny Perdue and Brandon Lipps, the deputy undersecretary for the USDA’s Food Nutrition and Consumer Services, spoke with reporters for under 20 minutes regarding the changes. The rule changes will take effect on April 1, 2020.

The work requirement rule change will cause hundreds of thousands of people to lose access to the Supplemental Nutrition Assistance Program or SNAP.

“We’re taking action to reform our SNAP program in order to restore the dignity of work to a sizable segment of our population and be respectful of the taxpayers who fund the program. Americans are generous people who believe it is their responsibility to help their fellow citizens when they encounter a difficult stretch. That’s the commitment behind SNAP, but, like other welfare programs, it was never intended to be a way of life,” Secretary Perdue told reporters.

“Trump has called people liars and maniacs, caged children, and cut food stamps, and tried to take away health insurance and let people die. But Republicans are outraged that a law professor used his son’s name in an analogy?,” wrote Rev. Dr. William Barber referring to an exchange at a Dec. 4th impeachment hearing and food stamp cuts. Barber has been focused on a new age “poor people’s campaign” mirrored on the efforts of Dr. Martin Luther King, Jr. in the 1960s.

“This is cruel and disgraceful. Donald Trump will happily give millions of dollars in tax breaks to his billionaire buddies—but he's making it harder for struggling families to be able to eat. I'll reverse this shameful policy,” wrote 2020 presidential candidate and U.S. Senator Elizabeth Warren (D-MA).

Income inequality and cuts to poverty programs are likely to be an issue in the 2020 campaign.