What to value about America 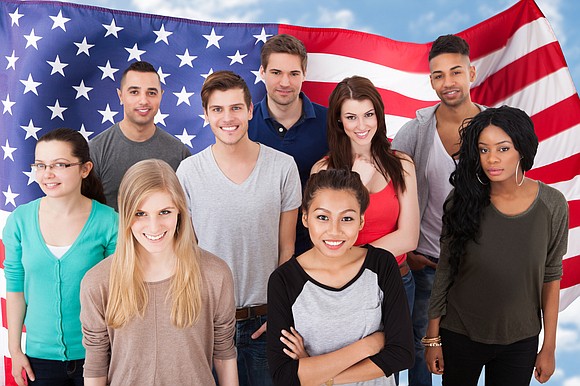 Sometimes, you just need to step back. The political conversations I hear these days are strikingly negative, dominated by what’s amiss in Washington, by the deep divisions in the country, by President Trump’s actions and the aftermath of his impeachment, and by the difficult problems we face but seem to make little progress toward resolving. There’s a lot of discouragement out there.

I’ve done my share of carping, too. But at times like these, I find it helpful to draw back and look for the positives, as a reminder not to lose sight of the benefits we all share as Americans.

For one thing, in the great game of world politics I’m pleased to be able to identify with the United States. We are not always right as a nation, though often we are. We have an economy that remains the envy of the world. Even if it’s not the record-breaking marvel the President claims, we’ve enjoyed economic growth over a long period, and despite our problems with wage stagnation, inequality, and rising concern about affordability, our overall performance — both political and economic — holds up well against our chief global rivals, Russia and China.

That is why our economy continues to attract outside investment and why our shores remain a top destination for refugees and immigrants. And it is why, quite remarkably for a superpower, we have friends, allies, and partners whose ties are voluntary, based on shared ideals and values.

We can always do better, of course. Some of our alliances have become frayed of late. And it may be that we’re no longer at the pinnacle of global power we once enjoyed. But we’ve been able to protect our standing without descending into outright war, and though our global challenges are sobering and we have to appreciate the constraints on our power – we’re not going to make every country in the world peaceful, prosperous, and democratic – we can still have a profound influence for the better on the world around us.

This is in part due to the nature of our democracy. I don’t buy into the view that our country is collapsing. Yes, I understand that we have a vigorous public debate that goes on between the right and the left, and that as liberals, conservatives, and moderates all compete aggressively for power, sometimes the competition gets out of hand. It’s not a perfect process, but it has served us well on the whole. Most notably, we have a longstanding tradition of free and fair elections, a free press, separation of powers, the rule of law (though some of these are under stress right now) and an active civil society.

All of these produce a feature of our democracy that constantly impresses me: our capacity for reform. Our freedoms give us the capability to stand back, watch the process unfold, search for the truth, try to understand what’s happening in the country and the world, and then make decisions based on the information we have in front of us. If we make a mistake, which is hardly uncommon, we have the ability to correct it – usually by working through the system to change course. True, popular protests in this country occasionally turn violent, but more often than not we sort out our problems peaceably by working together.

This is why I don’t share the gloom I see in a lot of the predictions about where we’re headed. Since our founding – in fact, it’s right there at the start of the Constitution – we have striven to achieve “a more perfect union,” and though that goal has suffered setbacks and at times seemed beyond reach, over the course of our history we’ve always been able to advance toward it. It takes hard work to overcome the challenges and to bounce back, but our capacity for self-renewal is strong and no less vital now than it ever was. We should remember that.