Movie Review: “Red Penguins” – How a Disney on Ice’ Dream gets ZAMBONI’D by the Russian Mob 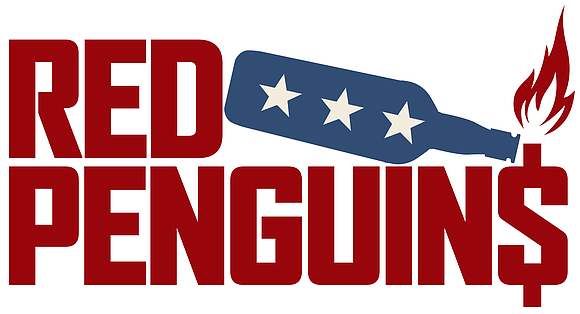 Chicago-bred, award-winning director Gabe Polsky takes a penetrating, tragic-comic look at the world of Russian professional hockey in the aftermath of the fall of the Soviet Union. His documentary film Red Penguins premiered to critical acclaim as an Official Selection at the 2019 Toronto International Film Festival. Released by Universal Pictures, Red Penguin is available to Rent or Own Aug. 4.

As seen through the eyes of ambitious New York marketing whiz-kid Steve Warshaw, the film charts his wild scheme to transform a flailing Olympic Gold Russian Hockey team, into a sports promoter's dream, complete with beer guzzling dancing bears, stripper "cheerleaders" and a multi-million dollar promotion deal complete with an 'icing-on-the-cake' (pardon the pun) Disney movie deal. All this takes place against the backdrop of the fall of the Soviet Union, Russian mob boss threats, and unbridled corruption, or as Steve Warshaw puts it, "The rule in Russia is that there are no rules!"

Filmmaker Polsky is no stranger to the world of Russian professional hockey. His Sony Classics Pictures documentary Red Army premiered at the 2014 Cannes Film Festival to rave reviews and was given its hometown debut at that year's Chicago Film Festival. Red Army was a much more sober look at the development of the Soviet Union's Olympic Gold winning titan of the '70s and '80 and its rigorous training program. Potential stars were nurtured from their pre-teen years right through to the pros in an all-pervasive world, separated almost entirely from family and friends, living in total isolation. These players would have survived well in the current 'bubble' atmosphere U.S. pro teams are attempting to create, with halting success, in the current COVID era.

Shortly after the dismantling of the Soviet Union in 1991, Russia took on the atmosphere of the 'wild, wild East. Steve Warshaw got wind that the NHL was interested in starting a franchise in Moscow. The league had already been importing star players from the Soviet Union that had taken over all the top spots in the league.

At the outset, the Russian don't know quite what to do with the curly-headed Jewish kid from New York and his wisecracking, backslapping ways and kooky ideas. His jocular demeaner and adventurous spirit is completely foreign in the tightly controlled world of post Cold War Russia. The Russians don't quite trust him, but they find him fascinating and find him almost impossible to say 'no' to. Nothing shakes Warshaw, not even the atmosphere of spontaneous and ever-present violence that swirls around him. of first gets the idea to by the floundering team in Russia, his business advisor thought it was just crazy enough to work, so he gave the go-ahead. When he approaches his Russian partners in Moscow, he says, brazenly, 'I can fill this arena in six months" They respond, 'Not even the Resurrection of Jesus Christ can fill this area!"

Warshaw quickly proves them wrong. He starts by giving away free American Beer (Penquin Brewing, of course, from Pittsburgh), advancing to dancing bears from the Moscow Circus acting as Beer Meisters on ice, then moving up to an intermission show complete with scantily clad cheerleaders, borrowed from the local strip club conveniently located in the arena's basement to a grand finale intermission time fan giveaway of a luxury SUV. Before it’s all over, there's a sponsor partnerships with likes of Nike and Disney that even includes production of the film Mighty Ducks 5, a natural shoo-in to the blockbuster film franchise.

Warshaw quickly learns that in the new day Russia, nothing happens without intervention from the mob. "To live by the rules of the underworld," Warshaw observes wryly, "is to live normally."

Red Penguins is a sweeping saga of a doc that rollicks between the worlds of comedy, tragedy, murder and intrigue, with real-life scenes of a modern-day insurrection thrown in for good measure. Although a scant 80 minutes long, it covers a lot of territory and gives you about as complete a picture of the forces that shape modern-day Russia as any lecture series at your local chapter of the World Affairs Council, only it's a lot more entertaining. For more information on seeing the film on your home screen, visit redpenguinsmovie.com