MOVIE REVIEW: HELMUT NEWTON: THE BAD AND THE BEAUTIFUL 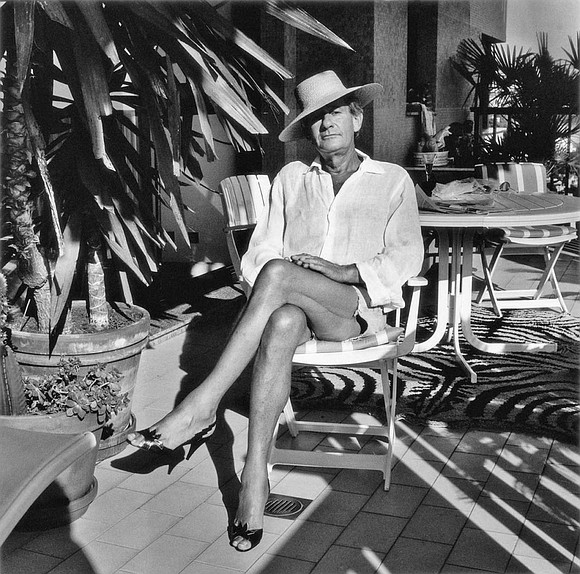 “Everybody remembers a bad picture. Nobody remembers the pain you went through to get a good picture.” Those were the immortal words of the great, celebrated and somewhat off-beat fashion photographic genius Helmut Newton, the subject of director Gero von Boehm’s expressive documentary Helmut Newton: The Bad and the Beautiful. It opened Friday July 24 in Chicago’s Music Box Virtual Theater at musicboxtheatre.com.

The film is an Official Selection of the 2020 Tribeca Film Festival.

Helmut Newton is considered one of the most important and controversial photographers of the 20th Century. His photographs appeared regularly in Vogue, both in the USA and internationally, Elle, Playboy and Marie-Claire, among others. He was the subject of numerous international solo exhibitions and established his own museum in Copenhagen.

“World famous photographer Helmut Newton died today in a car crash in West Hollywood,” an off-screen narrator intones early in the film. Dead at 83, Newton left behind a plethora of unforgettable, sometimes shocking images that lept from the pages of Vogue and other publications, creating the images that were the calling cards of fashion legends Karl Lagerfeld and Yves St. Laurent, among others.

“In Helmut’s visual world, the women are everything. “

Helmut Newton liked to explain it thusly, “Men are just accessories, like hats and gloves.

Famed Italian actress and frequent Helmut model Isabella Rossellini sums it up best; “Helmut doesn’t just look at women as a sexual object. It’s much more complicated than that. A Helmut Newton woman is strong, provocative and in charge.

That psychological conundrum sheds some light on the iconic photographs that Newton took with perhaps his most controversial subject, the performance artist and singing legend Grace Jones. Newton photographed Jones lying nude with a knife in her hand, poised to attack some unseen assailant.

“ I watched everything he did, because he took the picture so quickly. He was waiting for just the right moment, when the light was coming down.

“ I remember I was lying there naked on a cot, and he put a knife in my hand. The way that the light cast a shadow as it was moving, at one point it covered just over this part here ,” she says, pointing to her private area. “ But there was never anything vulgar about it. It was beautiful. It was done as if it was something to add to the story. “

She continues. “He (Helmut) waits just until the light hits the knife before he takes the picture. But there’s no one else in the picture, so it leaves the rest to your imagination. You’re still wondering, because it tells a story.”

Helmut loved to photograph celebrities from all walks of life; from politicians and Hollywood icons to social trend-setters. His errant lens fell on everyone from Margaret Thatcher to Dennis Hopper and Liz Taylor to Playboy’s Hugh Hefner.

“If I’m going to do a portrait,” Newton intones, “it has to be something with people that have power. Either political power, financial power, or sexual power. They make pretty good subjects for my camera,” he says offhandedly with a laugh.

Fashion editors competed to throw assignments his way. So much so that they accepted even his wildest conceptions without reservation.

For some reason, Newton had an obsession with chickens. That obsession resulted in a series of fashion shoots involving uncooked chickens splayed with raw provocation on a counter juxtaposed with a model wearing expensive jewelry or clothing. Helmut Newton tells the story of this odd fixation. “So I’m going through this kitchen and the cook has prepared a chicken to be put in the oven. It was lying there, just as in my photo, with the legs spread out and lying next to it, the string to tie the legs together as if it was looking at me. And then came the ‘moment’.

“I was given an assignment to shoot some expensive jewelry for Bulgari. When the people there saw the photos in the magazine, they almost passed out. They said, ‘How can this guy photograph our million dollar rocks with this bloody mean chicken, that is lying so provatively on the table?’ The photo shows the hand of a woman and she is wearing very expensive jewelry. But, she is obviously in the kitchen and she is preparing the chicken. And I said to them…’Why not?’ I find these two opposites madly exciting!”

Vogue Editor and photo stylist Phyllis Posnick tells another amusing Helmut ‘chicken’ story. “So I called him and said that we were doing an article on Fried Chicken and would he be interested in doing a picture. There was a long pause, and he said, ‘I’ve always wanted to photograph a chicken in high heels!” So we got a tiny pair of heels from the Doll Museum in Paris and flew them straight from Paris to his apartment in Monte Carlo. His assistant walked me up the hill to his butcher and I picked out the chicken with the best looking legs and took it back to him and he shot the picture in his kitchen.”

Helmut Newton was born Helmut Neussaedter in 1920s Berlin. He legally changed his name to Helmut Newton in Melbourne in 1946. He says that growing up in Berlin, he became acutely aware of the perils of being Jewish in the throes of growing Anti-Semitism. He tells this story with wry humor. “As a teenager, I was thrown out of the local park for trying to undress a girl underwater in the pool. The park had a sign at the entrance that read ‘No Dogs Or Jews allowed.’

Helmut dropped out of high school and took an apprenticeship with a local fashion magazine run by a woman who went only by the name Yva. “I worshipped the ground she walked on,” Helmut recalled joyfully. “Through her, I learned everything…lighting, composition. I was truly an apprentice in every sense of the word. And I loved every minute of it.”

At that time, fashion magazines only used sketches of imaginary models to show off the latest styles. Yva revolutionized that concept for the entire industry by becoming the first to use live models in her fashion spreads. Helmut would become her star photographer. Sadly, Yva would die in a concentration camp, presumably in 1942.

When the Nazis rose to power in 1938, Helmut fled to Trieste and jumped aboard a steamship bound for China ( “I remember the name. It was the Conte Rossa), He had gotten a job as a foreign correspondent for. “I was a terrible reporter,” he laughs. “By the time I got my rig set up, the story had passed. Everybody was long gone. I got fired within two weeks, and wound up stranded on the streets of Shanghai without a penny in my pocket.”

In time, he made his way to Australia, and that’s where he met a young gallery assistant named June, who would become his wife and life partner in his photographic studio. The two were inseparable and magical. She was both his manager and his muse. She inspired him and gave flight to his wildest ideas.

Throughout his career, fashion editors clamored for a ‘Helmut Newton.’ His name had become synonymous with bold, arresting images capable of putting a product and a publication on the map. Vogue USA’s fierce Editor-In-Chief Anna Wintour. “Everyone wants a real ‘stopper’ in their magazine . Something iconic that really stands out. Even disturbing.” With that, director von Boehm cuts to Newton’s photo of a pair of shapely legs wearing a fetching pair of stilettos sticking out of a body bag on a rocky Cannes beach. Signature Newton.

“Most movies about photographers are boring,” Newton shouts over his shoulder as he climbs the stairs to his lair at the Chateau Marmont in Hollywood Hills. To be sure, in Helmut Newton: The Bad and the Beautiful, he is anything but.