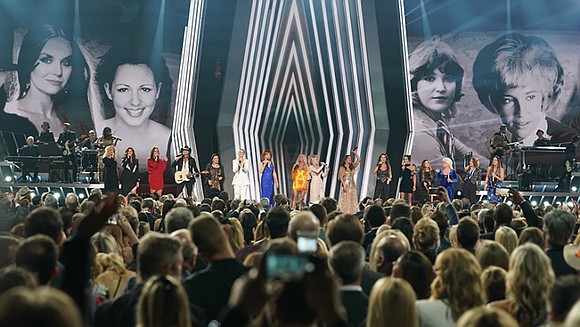 The Academy of Country Music® recently announced the nominations for the 55TH ACADEMY OF COUNTRY MUSIC AWARDS™, Country Music’s Party of the Year®, honoring the biggest names and emerging talent in the Country Music industry.

Among the nominations, the Rialto Square Theatre was one of five nominees for “Theatre of the Year,” an Industry Award.

Reigning ACM® Entertainer of the Year and 15-time ACM Award®-winner Keith Urban will host the show for the first time. The 55th ACM Awards® will be broadcast live from the MGM Grand Garden Arena in Las Vegas, Sunday, April 5 (live 8:00-11:00 PM ET/delayed PT) on the CBS Television Network, and will be available to stream live and on-demand across digital platforms on the CBS All Access subscription service. The Rialto Theatre is managed by VenueWorks.

The Industry Awards and Studio Recording Awards will be presented to recipients at ACM Honors™, a special event held annually in August at the historic Ryman Auditorium in Nashville, TN. All nominees for “Theatre of the Year” are listed below.

THEATER OF THE YEAR