COMMENTARY: Fear and Loss in a Time Of Plague 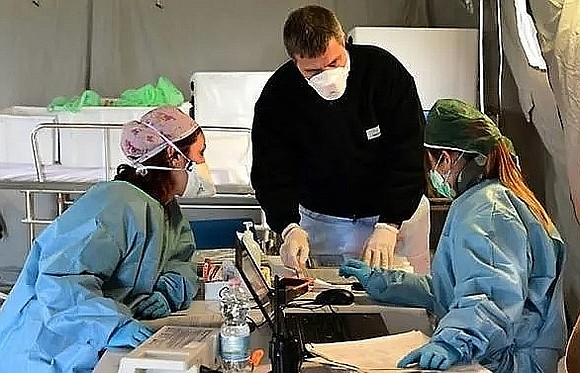 Bill Fletcher, Jr. is the executive editor of globalafricanworker.com and a past president of TransAfrica Forum.

The anniversary of the loss of my first born has, by coincidence, landed right in the middle of this time of fear and pandemic. We have witnessed, over the past weeks, a President of the United States who perpetrated denial and lies about the overall situation, allegedly in an effort to calm us; more likely to calm the markets.

Our collective fear rests largely in facing the unknown. We have no idea what to expect and how severe the situation will become. The results of this plague may ultimately be no worse than a very bad flu, but all indications are that, at a minimum, it will place severe stress on an already problematic medical system. And, yes, people will die.

For far too long as a country, we have lived in denial regarding the ever-present threat of pandemics. Trump was not alone in that self-deception. Scientists have warned us that these dangers existed and, in the context of environmental catastrophe, the dangers associated with viral pandemics have increased. Yet, too many of us have thought that we personally, or we-the USA, would be immune. We have assumed that others would suffer and die but that somehow there was a wall or forcefield that protected us. Denial is easy and innocent; and seems safe.

When my wife was first pregnant, thirty-five years ago, there was nothing that would have led us to believe that there would not be a happy ending. Yes, we knew that there were such things as premature births and other complications. But we were both healthy and took the pregnancy seriously. With each month, our excitement grew. And then the unexpected happened and our first born emerged alive but too young and too undeveloped in order to survive. Three days later she was gone.

Don’t get me wrong. I am not blaming us for being naïve. I am saying that the shock of reality threw us in ways from which we have never fully recovered. There is a level of insecurity that emerges out of such a crisis that never completely vanishes because you have faced a disturbing reality: tragedy can hit in the most unexpected ways and the pain is excruciating.

This planet—and not just ‘America First’—is living through yet another crisis. We regularly face wars, poverty and pestilence. But for many of us in the so-called global North—the more developed countries—there is a tendency to believe that immense tragedy is exceptional. Yes, it can happen, but it usually happens to someone else. And even when it is bad, it is temporary and, well, ‘they’—whoever ‘they’is—will get over it.

We are facing a different reality with Covid-19 and economic collapse. Both are affecting everyone, in one way or another. We now know that all of us can be shaken, very directly, by global tragedies. And, no, this situation is not something that someone can just ‘get over.’ This is a situation that will take time to heal and will necessitate a full break from denial. It will also necessitate, as Senator Sanders and others have so eloquently articulated, solidarity rather than exclusivity.

The pain resulting from fear and loss does not completely vanish in time. Rather, we get used to it and adjust to it. But it leaves us with a sense of insecurity that also does not easily disappear because we have had to face a daunting fact: it can happen here and, yes, it can happen to us.